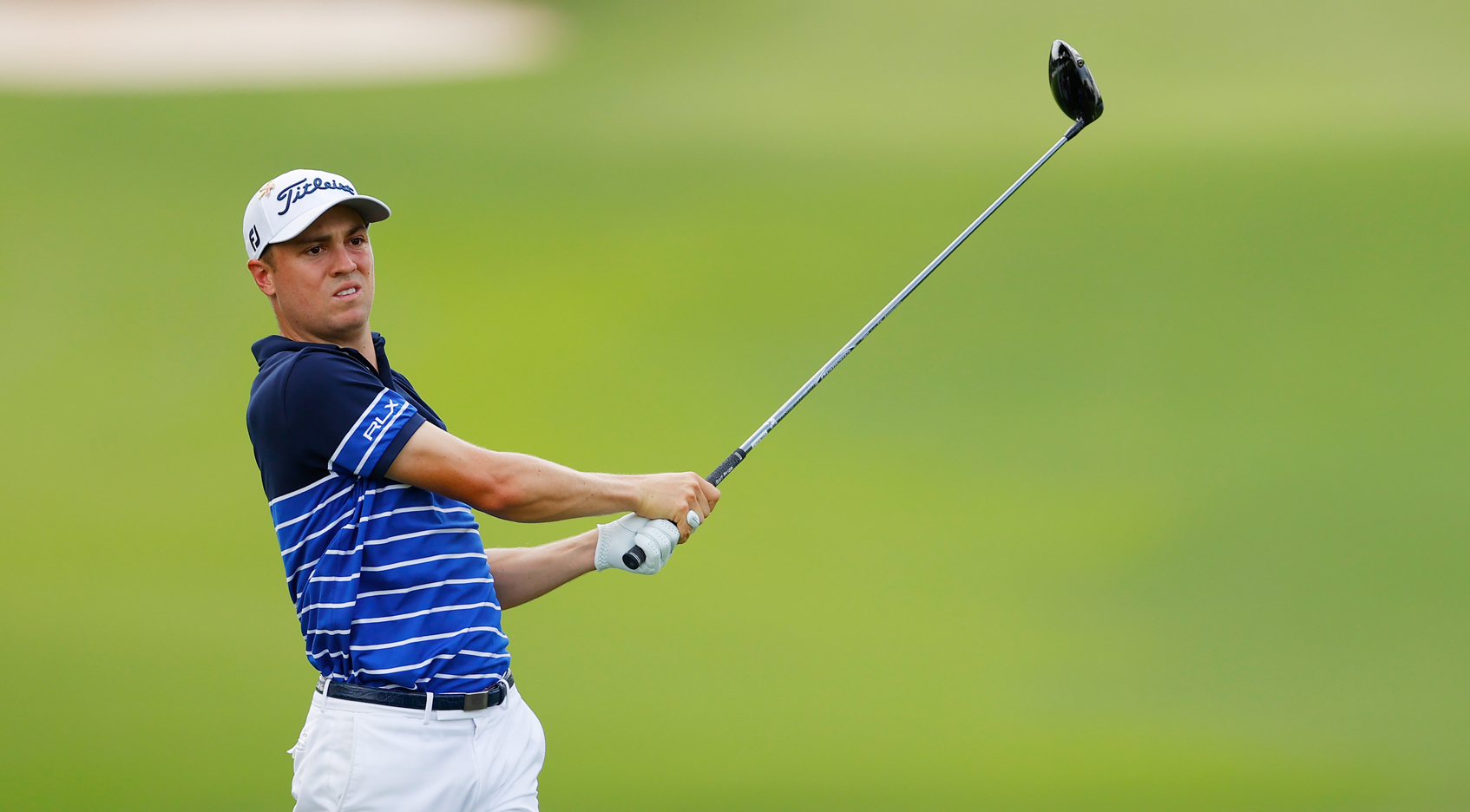 ATLANTA – The TOUR Championship’s staggered-start format is just a year old, but Justin Thomas has seen both sides of it.

He arrived at East Lake last year as the FedExCup leader, holding a two-shot lead when he teed off in the first round. Thomas admits that he was uncomfortable in that opening round.

“I (didn’t) know how to react, and nobody really would,” Thomas said. “But I feel like I didn’t handle it as well as I should have.”

Thomas shot 70 in the first round here last year and was just 3 under par for his four rounds at East Lake. He finished third, five shots behind Rory McIlroy. It was a 10-shot swing, as McIlroy started the week five back of Thomas.

Thomas didn’t specify on what he would do differently if in that position again. He didn’t want to help his competition. They’d have to figure it out for themselves.

This year, Thomas arrived at East Lake three shots behind Dustin Johnson. Thomas is third in the FedExCup thanks to his TOUR-high three wins this season. Thomas, the 2017 FedExCup champion, is trying to join Tiger Woods and Rory McIlroy as the only two-time winners of the Cup.

Thomas shot 66 on Friday to pick up a shot on the lead. He’ll start Saturday two shots behind Johnson and Jon Rahm.

Two rounds is too small a sample to discern how much of an impact his starting position had on his score, but there’s no question Thomas performed better this year. He made birdie on three of his first four holes.

“I feel like I’m in a good frame of mind,” he said. “I’m in a good place mentally right now, where I would like to feel like I would handle the golf course the same no matter what I was at. I did a good job of just staying in my game today, my focus, and just trying to make birdies when I gave myself a chance.”

Thomas hit his irons so well that he felt his round could have been a 61 or 62. He lost -1.15 strokes on the greens but that doesn’t include the 44-footer he made from the fringe on the 14th hole. That stroke gained 1.18 strokes on the field.

Thomas hit 14 of 18 greens Friday. He was fourth in Strokes Gained: Approach-the-Green and second in proximity to the hole. His approach shots finished an average of 25 feet from the hole.

“When you give yourself that many chances you’re not going to make all of them,” he said. “There’s a couple that if I would have had the speed up a little more I would have made, but a couple of them I just misread from short distance.

“At the end of the day it would be nice to make all those, but it’s just not realistic. To go around here with not a great putting today and shoot 4-under is pretty good, I think.”