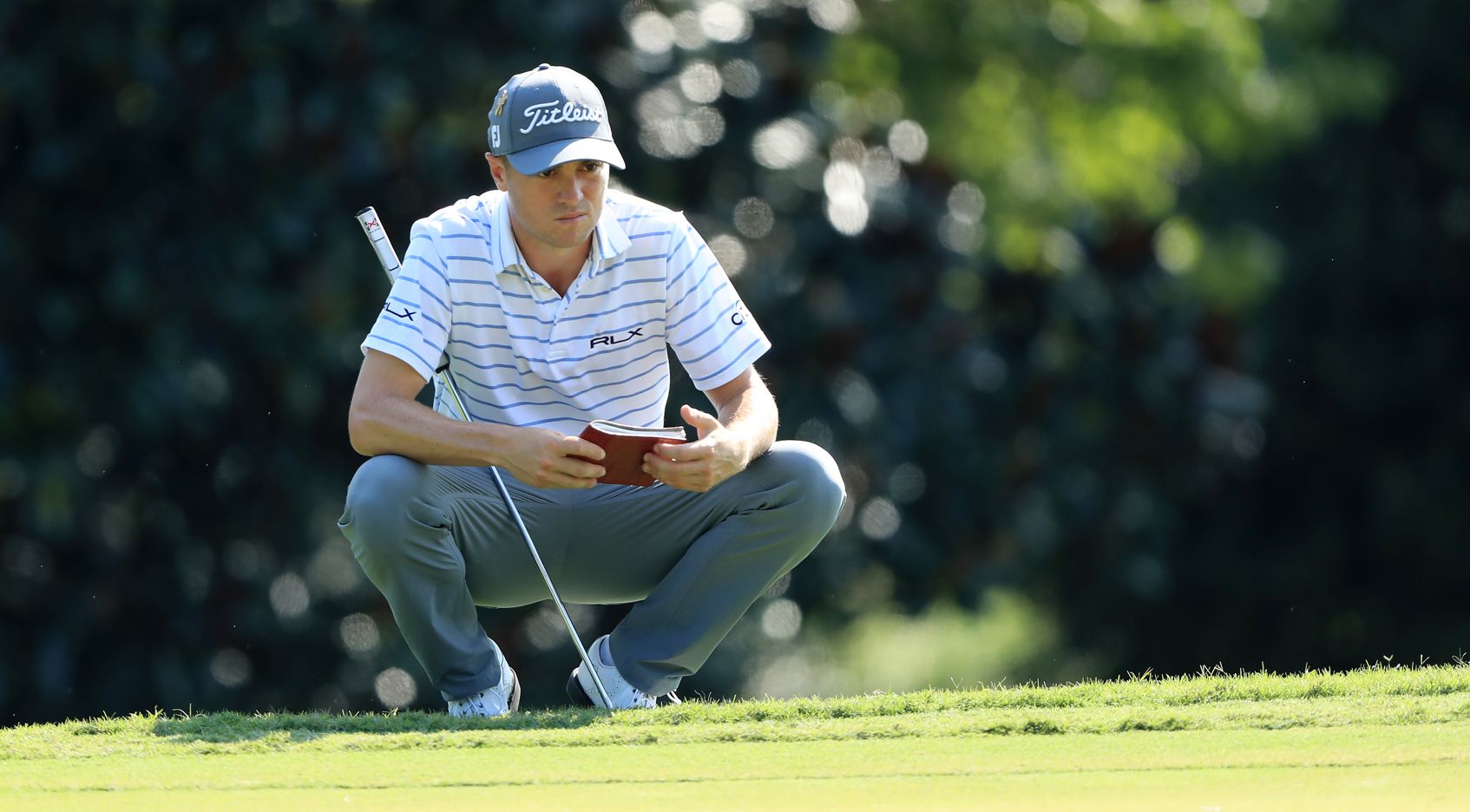 ATLANTA – Justin Thomas tied a career-high by making three putts from outside 25 feet on Sunday.

Thomas shot 66 on Sunday thanks to that trio of long putts and a chip-in for eagle on the par-5 sixth hole. Schauffele shot 67. They both lost ground to Johnson.

He shot 64, matching the low round of the week, to pull away from the field. It appears that he’s on the verge of winning his first FedExCup.

Thomas is trying to join Tiger Woods and Rory McIlroy as the only two-time winners of the FedExCup. This is Schauffele’s fourth season on TOUR. He’s on pace for his third top-3 finish in the FedExCup.

Thomas won the FedExCup in 2017, the same year Schauffele won the TOUR Championship and finished third in the standings to win the PGA TOUR’s Rookie of the Year Award. Schauffele was runner-up to McIlroy in last year’ FedExCup race.

“I didn’t feel as bad as I guess my stats were showing,” he said Sunday. “I was awfully optimistic for being last in the field by a mile. That’s for sure. I don’t know why.”

Thomas also is optimistic that Johnson can be caught, even after his impressive play Sunday.