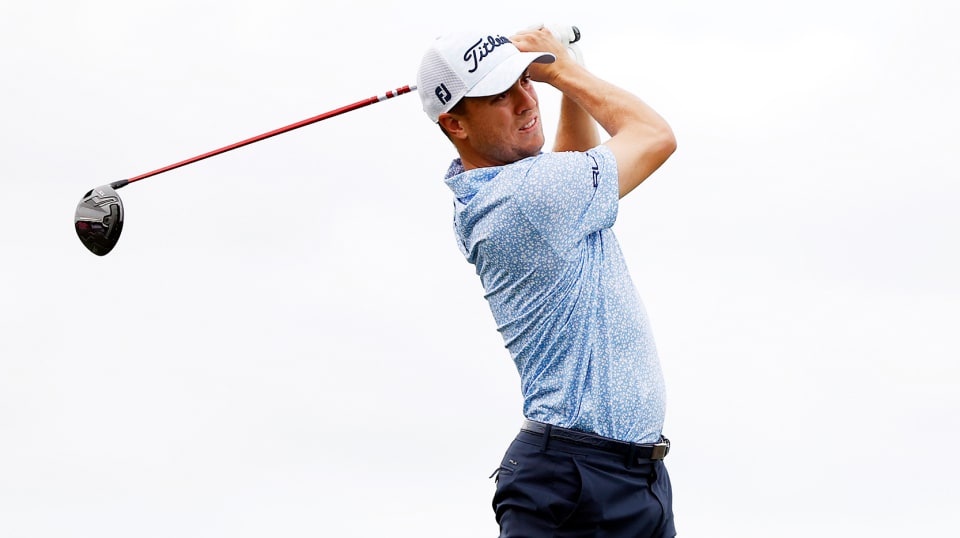 KAPALUA, Hawaii – Justin Thomas wasn’t very happy with his driver late in his second round of the Sentry Tournament of Champions, but the defending champion made a quick legal adjustment allowing him to stay in contention at the Plantation Course in Maui.

Thomas missed the first three fairways of the back nine on Friday, the last of which led to his first bogey of the week on the par-4 13th, to be just four of 10 fairways hit to that point. The Plantation Course sports the widest fairways on the PGA TOUR.

With his accuracy wayward, Thomas laid up on the reachable par-4 14th, but on the par-5 15th tee, the former FedExCup champion reached into his bag and tightened a loose screw on his driver – a move within the rules of golf as long as the player does not alter the lie or loft as modern drivers allow.

He hit every fairway coming home, birdied the last for a 4-under 69 to sit 12 under for the week, just two back of Harris English who leads at 14 under.

“Sometimes it (the screw) will get a little loose and I’ve asked a bunch in the past about tightening it during the round and obviously you can’t change it, but you can tighten it, so I just want to make sure it was tight,” Thomas explained post-round.

“I think sometimes in the heat it can get a little wiggly… but no… I wasn’t changing anything, that’s for sure.”

Thomas recalled having the issue many times prior – the first time in 2017 – and he was given the go ahead by rules officials at the time. As such, he had no hesitation in busting out the tightening tool on the 15th tee.

“I wanted to a couple drives ago (because), you can kind of hear a click, like, if you go down and get a tee it sometimes it will do it. But yes, I’d asked before when I just wanted to make sure I could tighten it in the middle of the round and the rules official told me yes.”

Thomas is hoping his driving game lifts over the weekend as he looks to claim a third Sentry Tournament of Champions title to his resume. He would join Jack Nicklaus (5), Stuart Appleby (3) & Tom Watson (3) with three or more wins.

But on the bright side, Friday was his 28th round in the 60s in Hawaii TOUR events since 2015 in which time he is 140 under par – he ranks best on TOUR in both stats in that time period. Patrick Reed, at 95 under – is the closest competitor.