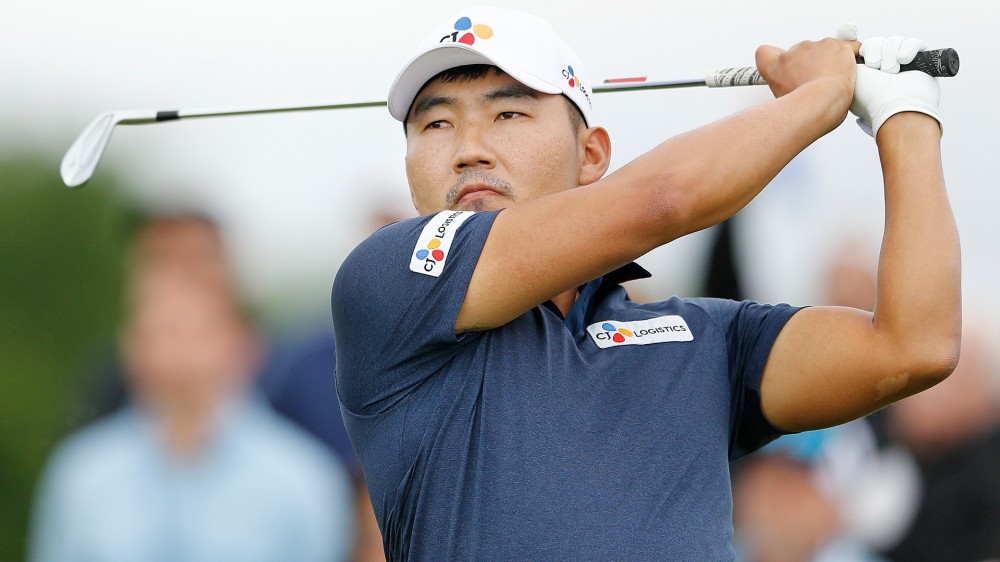 Sung Kang made the most of a morning re-start, and now he’s the man to beat heading into the final round of the AT&T Byron Nelson.

Kang was trailing Matt Every by a shot with nine holes to go in the third round when play resumed Sunday morning at Trinity Forest, but he birdied three of his first five holes en route to a 3-under 68. It moved the 31-year-old to 19 under for the week, three clear of Every and five ahead of third place as he looks to win for the first time on the PGA Tour.

Kang has won four times before in Korea and has a pair of top-10 finishes on Tour this season, highlighted by a T-6 finish at the Arnold Palmer Invitational that also earned him a spot in The Open. He moved to the top of the leaderboard in Dallas with a 10-under 61 in the second round that tied the course record.

Every was the overnight leader but struggled after third-round play resumed, carding four straight bogeys on Nos. 12-15, and ultimately signed for a 4-under 67 that left him at 16 under. He is in search of his third career win and first since Bay Hill in 2015.

Scott Piercy moved into a tie for third thanks to a third-round 63, where he is joined by world No. 3 Brooks Koepka. Koepka, who is the only player in the field ranked inside the top 10 in the world, has carded three straight rounds of 68 or better and trails Kang by five shots. Jordan Spieth will start the final round in a tie for 12th at 11 under, eight shots off the lead after a third-round 67.

The tournament winner will receive the final spot in next week’s PGA Championship if not otherwise exempt. Kang is already in the field for Bethpage, as are Piercy and the defending champ Koepka, while Every would need to win to qualify for his first major since the 2015 PGA at Whistling Straits.