Cristie Kerr’s big lead was carved into before play was suspended because of darkness Saturday in France, but the American remains in position to win her first Ladies European Tour title.

Kerr, who took a six-shot lead through two rounds at the LaCoste Ladies Open, saw that dwindle to three shots through eight holes of the third round when play was halted. Rain caused Friday’s round to also be suspended.

“I don’t care about the lead, because it doesn’t mean anything,” Kerr, a 19-time LPGA winner, told reporters after play ended for the day. “Sometimes, when you have a big lead, you can get complacent, but now I still have to play my best. I have to give it everything I’ve got tomorrow.”

Anne Van Dam of the Netherlands moved within three of Kerr with a birdie at the seventh on the Golf de Chantaco Course before her round was halted. She’s seeking her second LET title. Spain’s Azahara Munoz birdied four of 12 holes before play was stopped to get within six shots. She’s seeking to win back-to-back LET titles and to claim the LaCoste Open for the third time in her career. 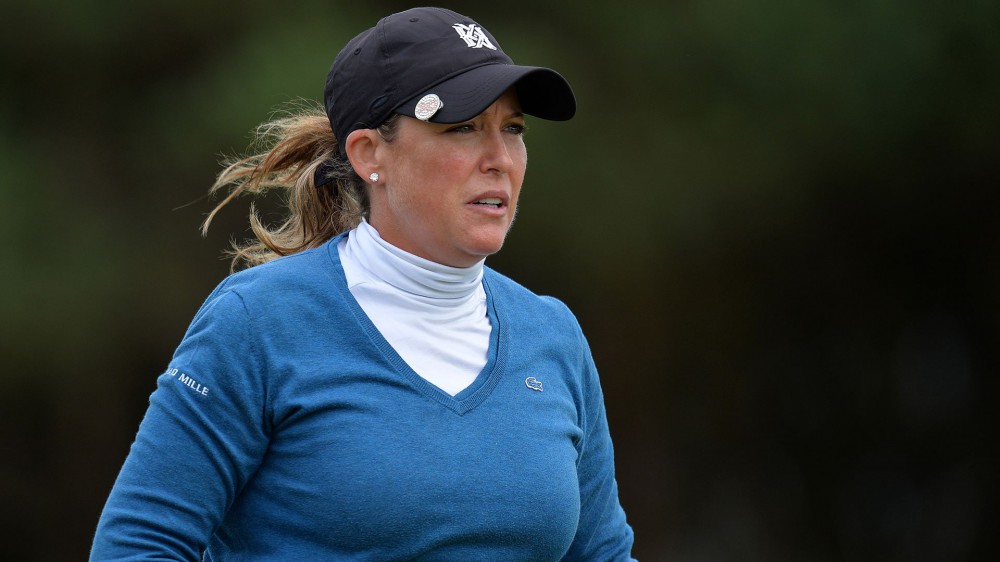 Hataoka leads Minjee Lee by one at LPGA Volvik