WEST DES MOINES, Iowa – Cristie Kerr is on the Mt. Rushmore of Solheim Cup players. There is no doubt.

Playing in her ninth consecutive cup, Kerr collected 3½ points at Des Moines Golf and Country Club and now has 21 total points, and trails only Europeans Laura Davies (25), Annika Sorenstam (24) and Catriona Matthew (22). Her career record is 18-14-6.

Kerr put a stamp on a terrific week with a 2-and-1 victory over Mel Reid in Sunday’s third singles match. She led the entire way although she never held more than a 2-up advantage. Kerr’s putter was on fire again, just as it had been the past two days, although Reid did not play particularly well.

So now what’s next for Kerr?

She has 19 LPGA wins and two majors, making her the best American player of her generation by miles. She’ll turn 40 in October, but shows no signs of slowing down.

Although she won’t admit it – just like she didn’t want to acknowledge passing captain Inkster to top the U.S. Solheim Cup points list – Kerr has a legitimate chance to become the best Solheim Cup player ever. Two more Solheim Cup appearances could help her surpass Davies’ mark.

After that, presumably whenever she wants, Kerr will be a captain of a U.S. Solheim Cup team. 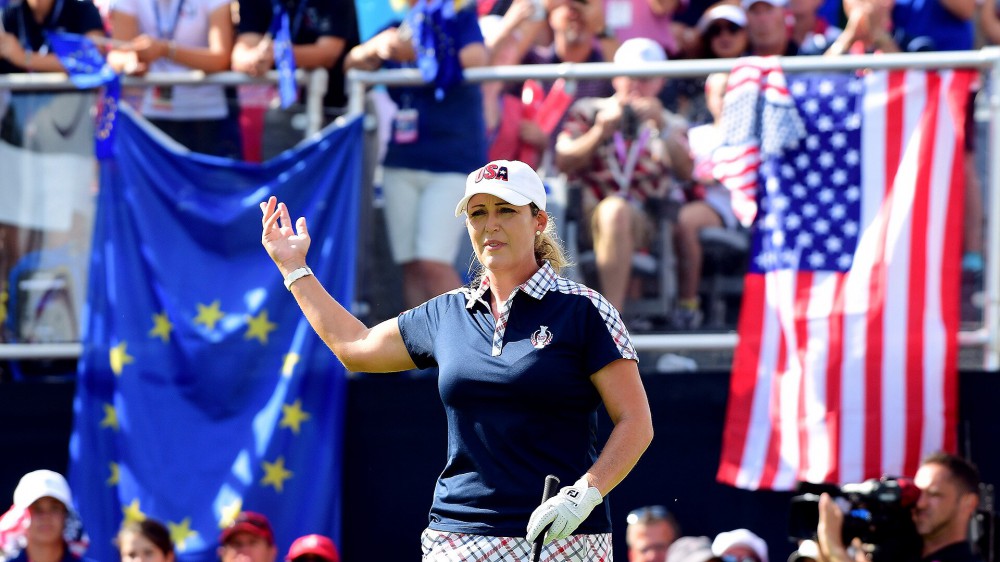