BIRMINGHAM, Ala. – Cristie Kerr gave the USGA a big thumbs up after Thursday’s first round of the U.S. Women’s Open.

That might be the strongest testament to the remarkable job the USGA and Shoal Creek staffs did getting the course ready for play after three days of heavy rain.

Kerr was among the strongest voices calling for the USGA to implement lift, clean and place, given the extraordinary circumstances a subtropical storm caused here, dumping 4.7 inches of rain on the course in a three-day period.

“It was a good decision to play it down,” Kerr said after posting a 1-over-par 73. “I give the USGA kudos for that.”

“Two days ago, nobody could ever have imagined the course would be as dry as it is today,” said Kerr, the 2007 U.S. Women’s Open champ. “Nobody could have foreseen that. I think they are doing a great job.”

Kerr’s lone lingering issue is that she believes the layup area in the 17th fairway should be marked as ground under repair.

“That’s the area that has the most ground under repair, so I’m not sure what the reasoning is there,” Kerr said. “I haven’t gotten a chance to talk to the USGA about it, because we just assumed they would mark it as ground under repair. You can hit a perfect lay up there and be in a bad spot.”

How much mud did Kerr have on her ball Thursday.

“We had a little bit of mud on probably half our irons shots, but not enough to really affect the ball,” she said. 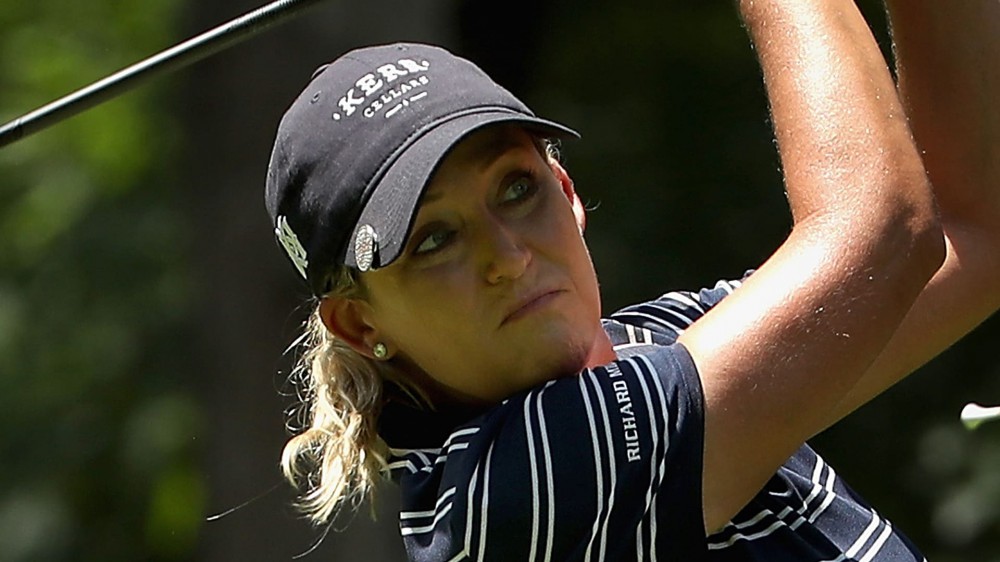