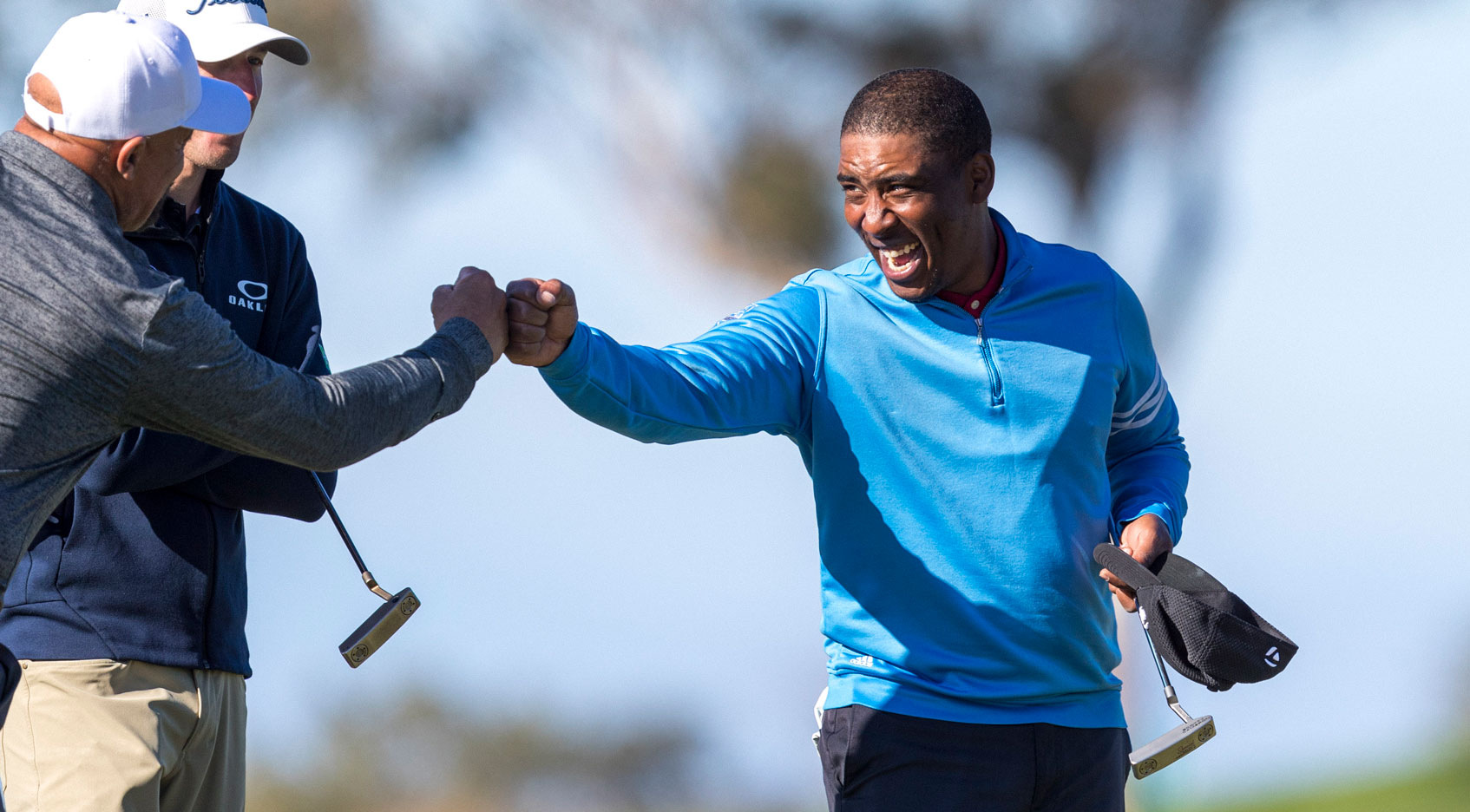 SAN DIEGO – Kevin Hall didn’t win the APGA (Advocates Professional Golf Association) Tour event at Torrey Pines on Saturday but, as always, he came from the course with a huge smile on his face.

The now 38-year-old former college standout at Ohio State University was beaming because the 27-hole shootout on Torrey Pines North – still set up from the opening two rounds of the Farmers Insurance Open – turned out to be just the preparation he was hoping for ahead of his upcoming start at the AT&T Pebble Beach Pro-Am.

It’s been almost four years since Hall last appeared on the PGA TOUR at The Genesis Invitational in 2017 as the recipient of the Charlie Sifford Memorial Exemption. Prior to that it was an 11-year break from TOUR starts for the hearing-impaired golfer. But he – and fellow APGA player Kamaiu Johnson – have accepted sponsor invites to Pebble Beach (Feb 11-14).

Hall lost his hearing prior to his third birthday due to H-flu meningitis and has spent most of his life on mini-tours aside from playing twice on TOUR in 2005 and three times in 2006. The last four years since his start at Riviera Country Club have been punctuated with many APGA starts.

On Saturday his 1-under total was good enough for third place, four shots shy of Landon Lyons 5-under effort that claimed victory.

“I felt great out there today. This was not an easy golf course. It was tough out there. Even with the rain yesterday the greens were firm and fast out there so for me to be able to hit my shots and play my style of golf with some success makes me feel great. I’ll take that with me to Pebble Beach,” said Hall, through his proud father Percy, who translated from sign language.

“Pebble will be a little shorter but a lot more water and maybe more wind but for sure this was great preparation. I’m excited going forward.”

The APGA Tour is a non-profit organization with the mission to prepare African Americans and other minority golfers to compete and win at the highest level of professional golf, both on tour and in the golf industry. But minorities aren’t the only competitors.

Lyons is a huge supporter of creating more diversity in golf but he himself is Caucasian and from Baton Rouge, Louisiana.

“It’s a great group of guys. I’d rather play on this tour than any other tour. I don’t know what it is, I’m able to get along and click with the guys a lot, so it’s nice to have that,” Lyons said after his victory. “Top to bottom, what they’re doing for the game is amazing and the golf courses they’re able to play, you kind of stack your game up against PGA TOUR players.