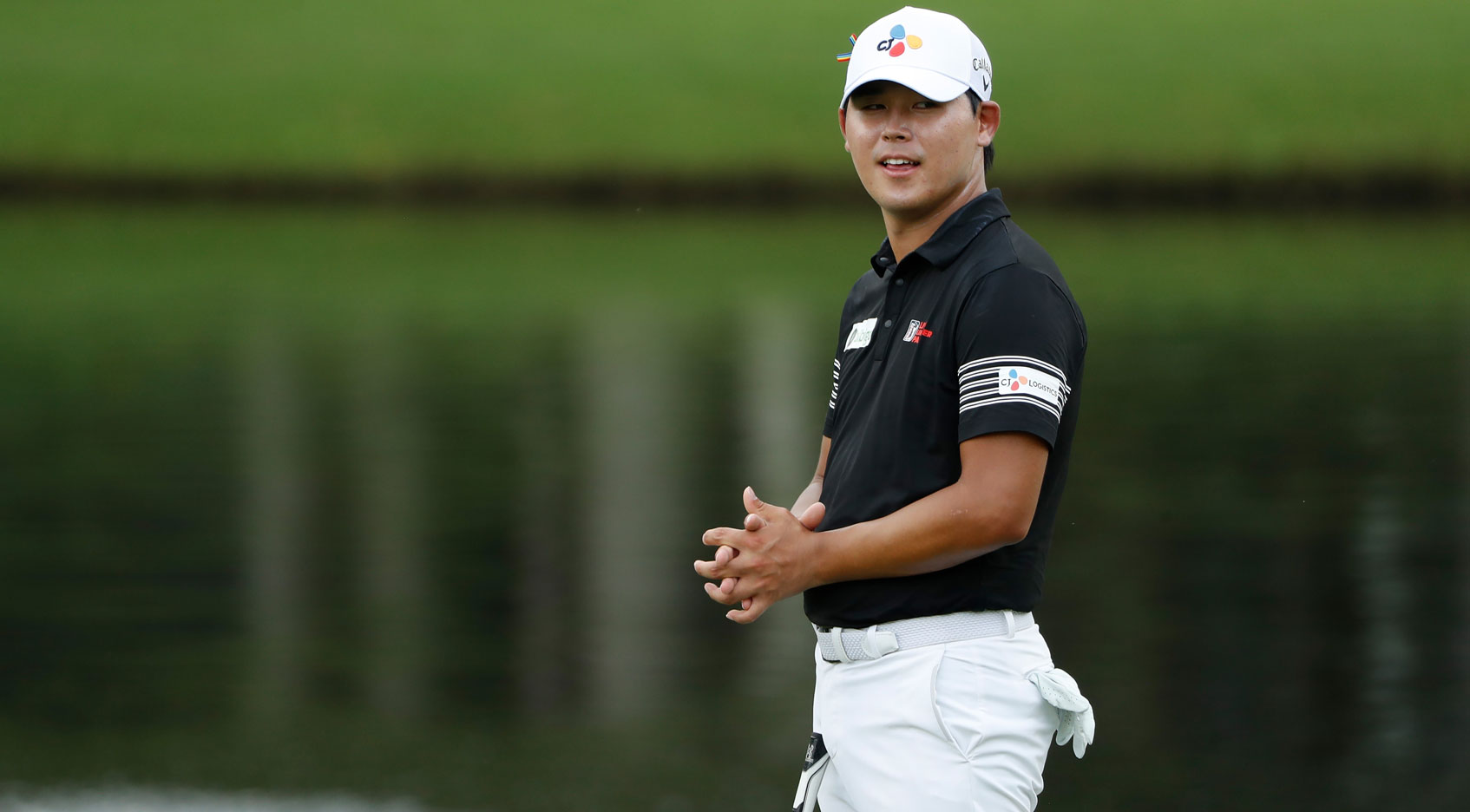 GREENSBORO, N.C. —  Si Woo Kim had a hole-in-one on the way to a 62 for a two-shot lead over Doc Redman and Rob Oppenheim through three rounds of the Wyndham Championship on Saturday.

Kim, who’s at 18 under after 54 holes, made history three years ago when at 21 he became the youngest winner of THE PLAYERS Championship. Now, he’s seeking his first victory since — and playing strongly wherever he tees it up.

Kim has broken 70 in nine of his last 10 rounds, including all four at TPC Harding Park to finish tied for 13th at the PGA Championship. He has continued that stellar play at Sedgefield Country Club, where he won his first PGA TOUR event in 2016.

Redman had a 63, while Oppenheim set a career low on TOUR with a 62 in second at 16 under.

Billy Horschel shot a 65 and was three strokes back at 15 under. Mark Hubbard (64) and Jim Herman were another stroke back at 14 under. Herman shot a 61, a career best and tied for lowest round of the tournament.

But it was Kim’s sizzling play that stood out in this one. He got going when his 8-iron on the 161-yard, third hole found the cup for his third ace on tour. Kim clipped the cup on the par-3 12th, settling 14 inches away for another birdie.

Oppenheim was bidding for a 60 when he birdied the next-to-last hole to move to 17 under. But his only bogey of the round on the final hole dropped him back.

Oppenheim, 40, has put himself in line to make the FedExCup Playoffs for the first time, moving up from 145 on the list to a projected 77, with the top 125 making it to THE NORTHERN TRUST next week. He’d love to add his first TOUR title to the mix, too.

Redman, 22, is also seeking his first PGA TOUR win. He joined the tie for second after matching his career low score of 63. Redman took bogey on his opening hole, then had eight birdies the rest of the way.

The PGA TOUR moved up tee times, grouped competitors in threesomes and sent them off on the first and 10th tees to beat the bad weather expected later Saturday.

The early, dry conditions set off a run of low scores that contenders had no choice but to keep up with throughout the round.

There were two 61s, the lowest score this week, from Jim Herman and Zach Johnson, the Payne Stewart Award winner who is striving to make the Playoffs after a subpar season. Johnson was projected at 109 in FedExCup points after starting the round outside the Playoffs at 129.

Past champion Webb Simpson (65) and Peter Malnati were at 13 under.