AUSTIN, Texas – There’s nothing better than a redemption story and Kevin Kisner is on pace for the ultimate pay off.

After losing his Day 1 match at the WGC-Dell Technologies Match Play to Ian Poulter, Kisner managed to win his next two matches to force a playoff with the Englishman to decide who advanced to the knockout rounds. He won the playoff on the third extra hole with a birdie.

On Saturday he’ll get another chance at redemption after losing the championship match last year to Bubba Watson, 7 and 6, when he plays Haotong Li, who also had to win a playoff to advance to the weekend.

Asked following his marathon day on Friday what he learned from last year’s loss to Watson, Kisner said he will focus on trying to maintain his energy.

“If I get through I’ll bring some clothes and shower and try to reset in between rounds. If I keep getting through I told myself instead of just hanging out hitting balls I’ll try to take it more like starting a whole new day,” he said.

He also said he’s a much different player this year.

“I was still trying to make some changes that [swing coach] John Tillery and I were working on and now I feel way more comfortable with them,” Kisner said. “Of all things I’m putting way worse. I finally made a few there late against Keith [Mitchell] and made that one against Poulter. I’ve just been hitting some horrible looking putts and that’s just not normal for me.” 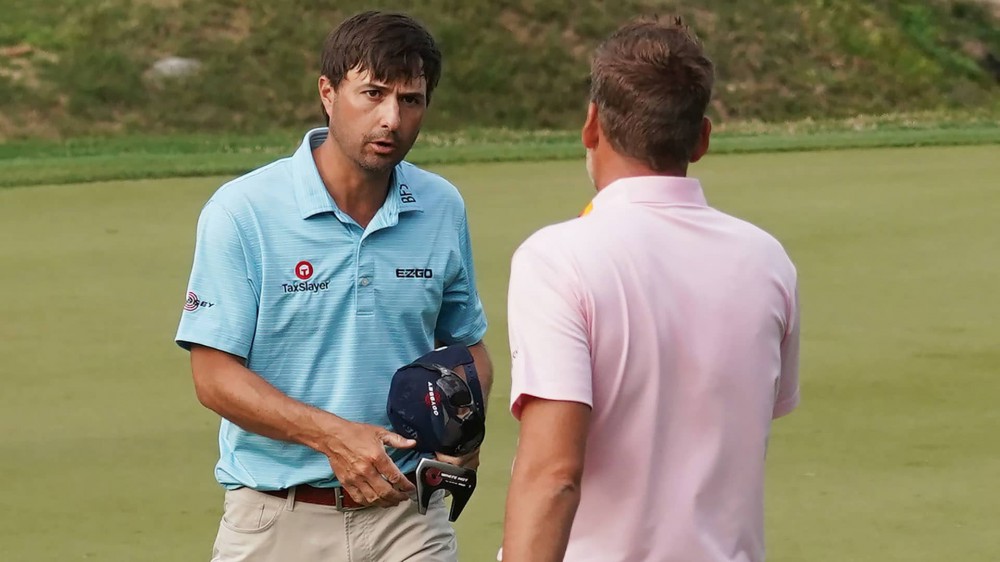