PONTE VEDRA BEACH, Fla. – Kevin Kisner has put himself in position to win the one that got away.

Well, the one Rickie Fowler snatched away from him with his unforgettable finish at The Players Championship in 2015.

Kisner put up a 4-under 68 Friday to get into contention four years after he lost to Fowler at TPC Sawgrass in a four-hole playoff. Kisner also shot 68 in Thursday’s opening round.

“I’m in a good spot going into the weekend,” he said.

Kisner, 35, knows how quickly momentum can change at the Stadium Course, where Fowler made four birdies and an eagle over the final six holes to get into that playoff with Kisner and Sergio Garcia. Though Kisner didn’t win, it was part of a strong run that would lead to his first PGA Tour title at the RSM Classic later that year. He’s seeking his third PGA Tour title this week.

“I did everything I could, in my power,” Kisner said of the playoff loss to Fowler. “If you play this game long enough, you are going to see it all. You take the good with the bad and know there are better days ahead.”

The plain-speaking Kisner didn’t hesitate when asked what that experience did for him.

“Just put a lot of money in my checking account,” he laughed. “Other than that, not much.”

He quickly reconsidered, though, conceding there was more gained than a large payday.

“I mean, obviously, it built confidence, and I knew I could play well with these guys, but that was a year of a lot of playoffs and a lot of seconds,” he said. “I was happy at the end of that year to finally get a win, and that’s all we’re out here to do is to win trophies.”

Kisner racked up three second-place finishes in 2015, all of them playoff losses, before breaking through to beat Jim Furyk in November to win the RSM Classic.

Arriving this week, Kisner wasn’t sure what his chances would be with the championship’s new date and the course playing so differently in March versus May.

“I thought the longer hitters were going to have more of an advantage this week, with it softer, and not as much rough,” he said. “But there are a lot of guys who aren’t bombers up there at the top. So, it’s a fair test. It’s showing if you are playing well, you are going to make birdies, and if you aren’t, you are going to struggle.”

With Kisner signing his card as Friday’s afternoon wave was going off, Tommy Fleetwood and Jim Furyk were atop the leaderboard, with Kisner and Jason Day just behind them. Day’s the only long hitter in that bunch. Kisner said the softer fairways are allowing him to hit drivers in doglegs where some big hitters can’t.

“Like [No.] 10 is a great example,” he said. “I can go ahead and hit driver down there and have sand wedge in, compared to guys hitting hybrids or irons off that tee. I feel good about that. Obviously, I like the greens. I don’t know if I like them as much with a little bit of overseed on them, but I see the lines so much better on this type of grass.” 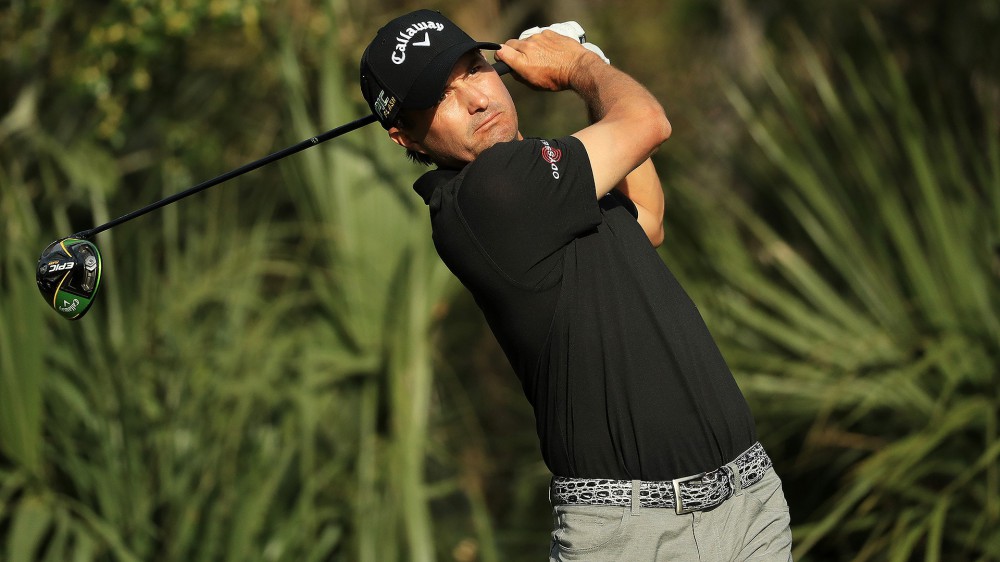 Woosnam plays his final Masters – for real this time

Daly request for cart at Open 'under consideration'