CARNOUSTIE, Scotland – Russell Knox was expecting the worst and hoping for the best Thursday at The Open.

Playing with Tiger Woods tends to have that effect.

The native Scot received a treat earlier this week when he saw his name on the tee sheet alongside his boyhood idol, Woods.

“Felt good out there, but obviously my swing, it was just like I had too much tension,” Knox said after an opening 73. “I just wasn’t letting it go as normal. First round with Tiger, I expected to feel a little bit different. The way I felt was better than the way I swung.”

Knox said that he was nervous playing alongside Woods, a player he’d only encountered on the range. “He’s almost like a mythical figure,” he said.

But after a while, he settled into the rhythm of the round at Carnoustie.

“I thought it would be worse,” he said, “I feel like I should know what I’m doing. It’s cool playing with Tiger, but I’ve got to get over that. I’m here to win, not just enjoy my walk around the course.”

Knox probably had more interaction with Woods than he anticipated, if only because the third member of the group, Japan’s Hideki Matsuyama, keeps to himself because of the language barrier.

“It’s kind of a blur,” Knox said. “It’s like, Oh, I’m chatting away with Tiger here like normal. I don’t even remember what I was saying.”

There have been countless stories from this year as the next generation of players – guys who grew up watching Woods dominate the sport – get paired with Woods for the first time.

It was no less special for Knox on Thursday.

“It’s nice for him to say things like that,” Woods said, “and we enjoyed playing with each other. Hopefully we’ll play a little bit better tomorrow.” 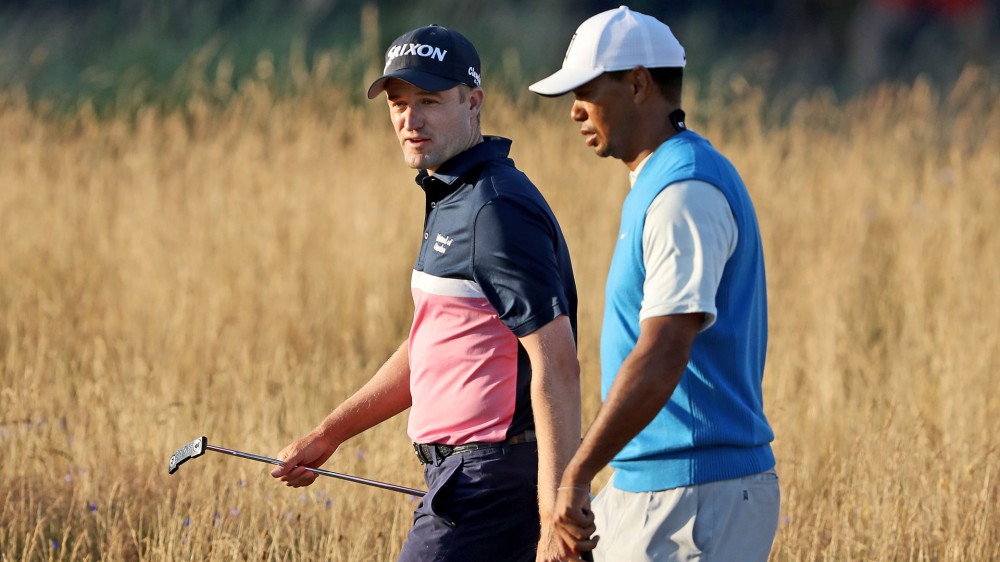 Leishman's putting work pays off with 67

Inside the Field: The RSM Classic