CROMWELL, Conn. – Days after ensuring the U.S. Open trophy remained in his possession for another year, Brooks Koepka went back to work.

Koepka flew home to Florida after successfully defending his title at Shinnecock Hills, celebrating the victory Monday night with Dustin Johnson, Paulina Gretzky, swing coach Claude Harmon III and a handful of close friends. But he didn’t fully unwind because of a decision to honor his commitment to the Travelers Championship, becoming the first player to tee it up the week after a U.S. Open win since Justin Rose in 2013.

Koepka withdrew from the Travelers pro-am, but he flew north to Connecticut on Wednesday and arrived to TPC River Highlands around 3 p.m., quickly heading to the driving range to get in a light practice session.

“It still hasn’t sunk in, to be honest with you,” Koepka said. “I’m still focused on this week. It was just like, ‘All right, if I can get through this week, then I’m going to be hanging with my buddies next week.’ I know then maybe it’ll sink in, and I’ll get to reflect on it a little bit more.”

Koepka’s plans next week with friends in Boston meant this week’s event outside Hartford made logistical sense. But he was also motivated to play this week because, plainly, he hasn’t had that many playing opportunities this year after missing nearly four months with a wrist injury.

“I’ve had so many months at home being on the couch. I don’t need to spend any more time on the couch,” Koepka said. “As far as skipping, it never crossed my mind.”

Koepka’s legacy was undoubtedly bolstered by his win at Shinnecock, as he became the first player in nearly 30 years to successfully defend a U.S. Open title. But he has only one other PGA Tour win to his credit, that being the 2015 Waste Management Phoenix Open, and his goal for the rest of the season is to make 2018 his first year with multiple trophies on the mantle.

“If you’re out here for more than probably 15 events, it gives you a little better chance to win a couple times. Being on the sidelines isn’t fun,” Koepka said. “Keep doing what we’re doing and just try to win multiple times every year. I feel like I have the talent. I just never did it for whatever reason. Always felt like we ran into a buzzsaw. So just keep plugging away.” 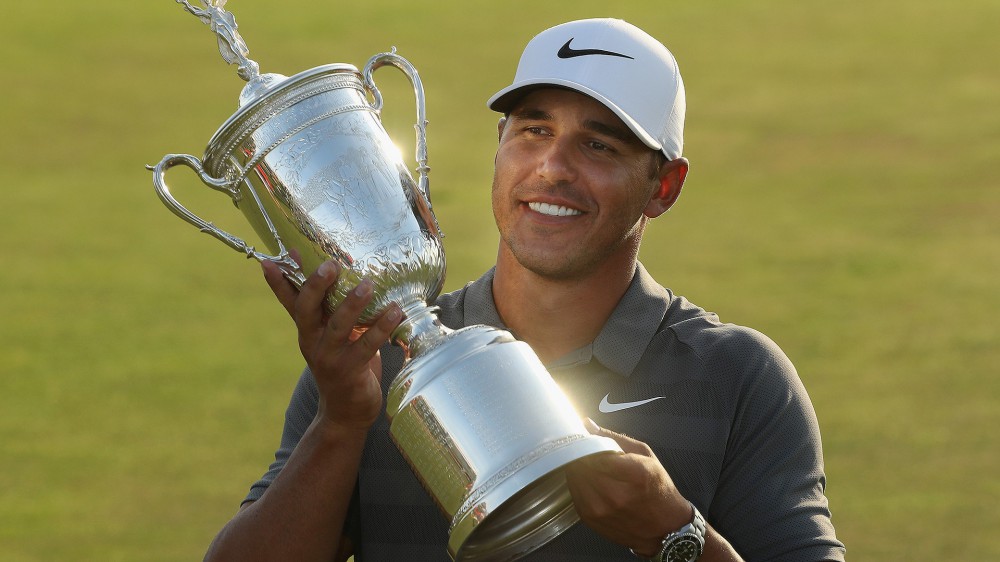