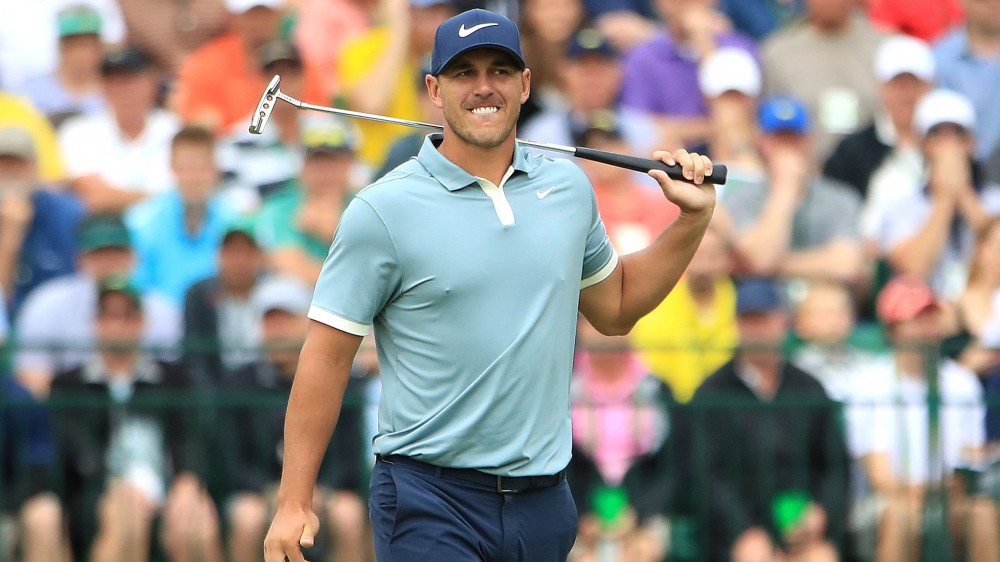 A double-bogey 5 at the par-3 12th hole had dropped him four strokes off the lead and he was running out of time. He needed to make something happen and the par-5 13th was the best place to start.

Koepka’s drive at No. 13 sailed 325 yards down the right side of the fairway and his second shot stopped 16 feet from the pin. When his eagle putt dropped there was no need to guess his emotions, they were right there with a fist pump.

“Obviously I was a little annoyed that I had just made double on 12 and kind of knew that I had to make something happen if I ever wanted to give them a run,” he said. “So took an aggressive line off the tee, hit it down there, hit an 8‑iron in to about 20 feet and was able to sneak that in, which I thought was extremely big at the time.”

The eagle moved him to 11 under and tied for the lead. He remained in the hunt with a birdie at the 15th hole to remain one back but he was unable to convert any clutch putts down the stretch.

Koepka missed birdie chances from 37 feet at the 16th hole, 13 feet at the 17th hole and 8 feet at the last to finish with a final-round 70 and one stroke behind winner Tiger Woods.

“[Ian Poulter’s] putt fooled me,” Koepka said of his birdie attempt at No. 18. “Poulter looked like he hit it and it looked like it was going to go right in and then it went right. I read it a right‑lip putt, and then I just tried to hit it straight and hit it firm, and then mine broke. I thought I hit a good one there.”

Koepka’s runner-up finish was his fourth inside the top 2 in his last five major starts.