SAINT-QUENTIN-EN-YVELINES, France – In the eyes of many casual fans, Brooks Koepka more closely resembles an NFL safety than a PGA Tour player. It’s no surprise, then, that he’s fully embracing the team dynamic in play this week at the Ryder Cup.

Koepka made his event debut two years ago at Hazeltine, and he was a part of the victorious U.S. Presidents Cup squad last fall. But this week in France the first time he’ll step into a hostile road environment as he returns to the continent where he first began his pro career.

While he’s keenly aware that more jeers than cheers will await him on the first tee Friday, the presumptive Player of the Year isn’t backing down.

“The Ryder Cup truly feels like a sporting event. A football game, a basketball game, whatever it is,” Koepka said. “It’s loud and people aren’t afraid to boo you. That’s fun. I love that atmosphere, and I kind of got a taste of that at Hazeltine. It was the coolest experience.”

Three of Koepka’s four PGA Tour victories have come in majors, including two this year. The lone outlier remains the 2015 Waste Management Phoenix Open, where the crowds around the 16th hole might be the closest comparison between a regular Tour event and the unabashed fervor of the Ryder Cup.

Koepka handled that environment without issue, and he’s eager to try his hand again this week in an admittedly more partisan setting.

“You kind of feel like you’re a horse in the gate, getting ready to go and just kind of antsy,” Koepka said. “I wouldn’t really call it nerves, but then once that first tee shot goes, you’re ready to go. The excitement you have, you’re fired up. You’re representing your country, playing for the rest of your team. You know, it’s bigger than just me. You’re playing for everybody else.” 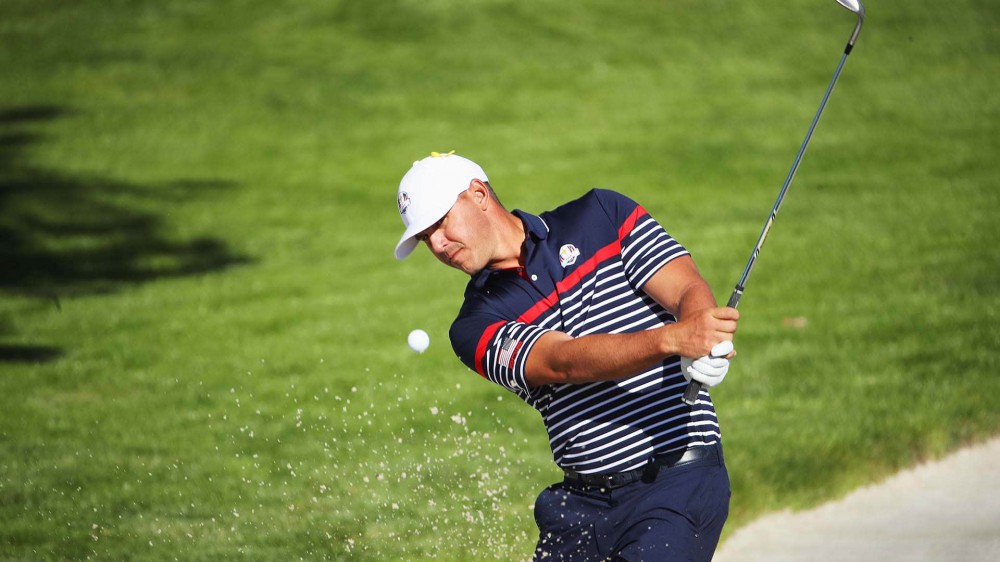