Following a breakout season that included a pair of major victories, Brooks Koepka has been named the 2018 PGA Tour Player of the Year.

Koepka started the year on the disabled list, missing four months of action including the Masters because of a wrist injury. But he returned better than ever, becoming the first player to successfully defend a U.S. Open title since Curtis Strange in 1989 and adding a PGA Championship win over Tiger Woods in August.

Koepka received the award based on voting from other Tour members in a balloting process that ended Oct. 1.

“Brooks has brought a new brand of athleticism to the PGA Tour, and we saw the results this year with his historic season at the major championships and a top-10 finish in the FedExCup,” Tour commissioner Jay Monahan said in a release. “These feats were accomplished despite missing significant time due to injury, a testament to his work ethic and perseverance throughout the season.”

Koepka became the fifth player to win the U.S. Open and PGA Championship in the same season, and the first to do so since Woods in 2000. He was chosen over a group of finalists that included Francesco Molinari, Dustin Johnson, Justin Rose, Justin Thomas and Bryson DeChambeau. 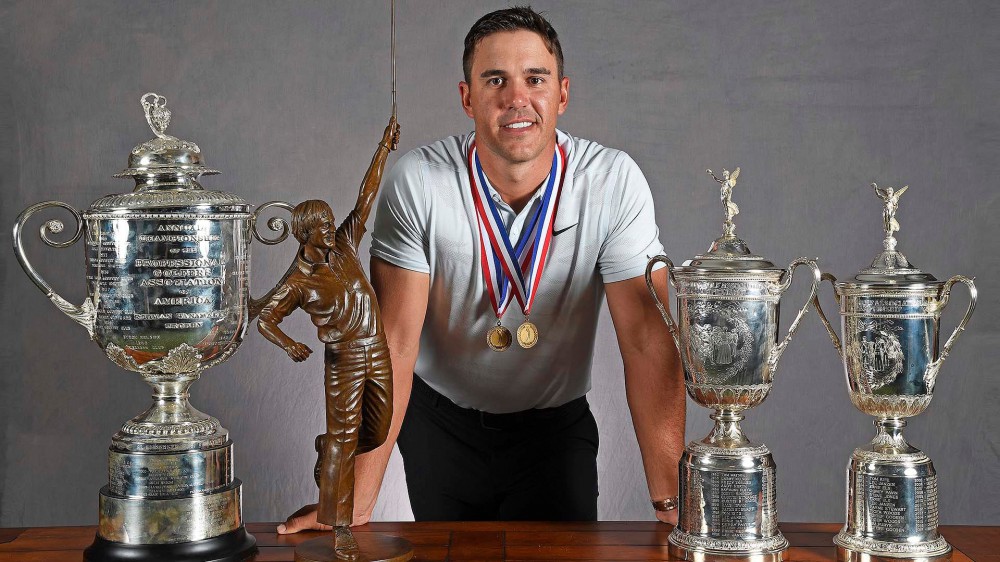