The vacillations of the Official World Golf Ranking were in play again this week, and they allowed Brooks Koepka to return to world No. 1 without hitting a shot.

Koepka and Justin Rose were both out of action last week, but Koepka dropped an old event when the two-year revolving window lurched forward a week. It allowed his points average to tick up slightly to 10.32, overtaking Rose’s new average of 10.16 and ending the Englishman’s second stint at No. 1 after just a week.

But Rose can take heart that the calculators could go in his direction next week: while he is skipping the European Tour season finale, Koepka is teeing it up at the Dunlop Phoenix in Japan and will need to play well to keep an idle Rose from moving back in front.

A pair of lengthy victory droughts ended Sunday, and with them came a pair of ascents in the rankings. Lee Westwood’s win at the Nedbank Golf Challenge was his first European Tour victory since 2014, and he went from 119th to 64th as a result. Matt Kuchar ended a similar dry spell at the Mayakoba Golf Classic, a victory that propelled him from 40th to 29th.

Outside of Koepka’s rise, the only other change among the top 10 came at No. 6 where Francesco Molinari edged past Rory McIlroy despite McIlroy’s T-21 finish in Sun City. Koepka and Rose are now Nos. 1 and 2, followed by Dustin Johnson, Justin Thomas, Bryson DeChambeau, Molinari, McIlroy, Jon Rahm, Rickie Fowler and Tommy Fleetwood.

With his next competitive appearance slated for the Hero World Challenge at the end of the month, Tiger Woods remained at No. 13 for another week. 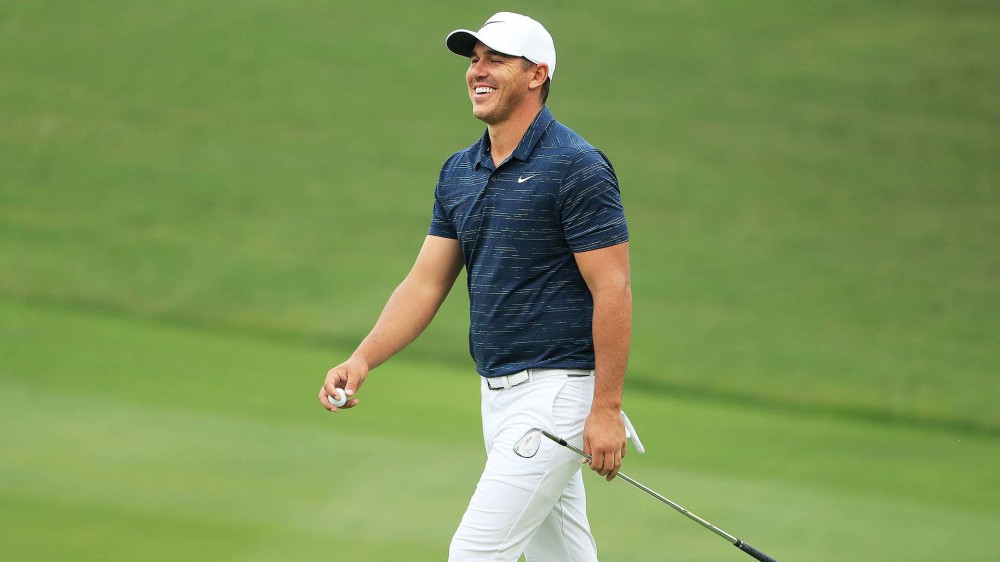 Golf Central Podcast: On Rahm’s rise to No. 1 and that penalty at 16