Ahead by four, wielding his driver like Thor’s hammer, Brooks Koepka is 18 holes from his third victory in five months and his first ascent to the top of the Official World Golf Ranking.

The tournament isn’t over. No one is handing him the trophy and updating the OWGR website just yet. But it will likely take some combination of a meltdown and low round from someone in the chase pack to prevent a Koepka coronation Sunday in South Korea.

Thirteen under for the week, the three-time major champion will start the final round four shots ahead of his playing partners, Ian Poulter and Scott Piercy, and five ahead of six more players at minus-8.

As is his nature, Poulter figures to be undaunted. The 42-year-old is fresh off a Sunday singles victory over Dustin Johnson at the Ryder Cup and in the midst of a career renaissance, having broken a five-year winless drought earlier this year. In one sense, it’s Europe vs. the United States again, but this isn’t match play, and Koepka, a guy who doesn’t need a head start, has spotted himself a four-shot advantage.

“Tomorrow I’m going to need to make a few birdies. Obviously Brooks is in cruise control right now and obviously going to need a shoot a low one,” Poulter conceded. “Do what I’m doing, just enjoy [it]. Obviously try and make as many birdies as I can and see how close we get.”

Perez, in the group at 8 under par, isn’t giving up, but like Poulter, he’s aware of the reality of his situation.

“We’re chasing Brooks, who of course obviously is playing phenomenally,” he said. “A lot of the long hitters now when they get in contention, they hit that driver and they’re really hard to catch. I’m not worried about it too much. It’s going to be harder for me tomorrow than him, so I’m going to try and go out and just do my thing, hit some shots, hopefully hit some close and make some putts and we’ll see. I don’t expect him to come backwards, but hopefully I can try to go catch him.”

Gary Woodland, also 8 under par, summed up the predicament best when he alluded to Koepka’s perhaps advantageously aloof demeanor.

“You obviously want to get off to a good start and put pressure on him as soon as you can,” he said. “You know, Brooks doesn’t seem like he cares too much, and he’s playing so good, so you’re going to have to go out and post a number.” 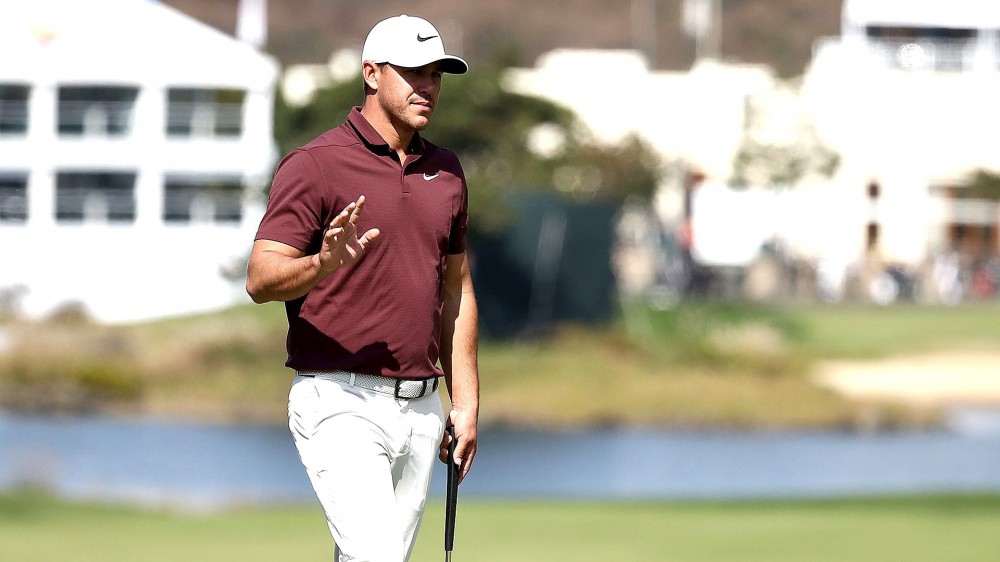