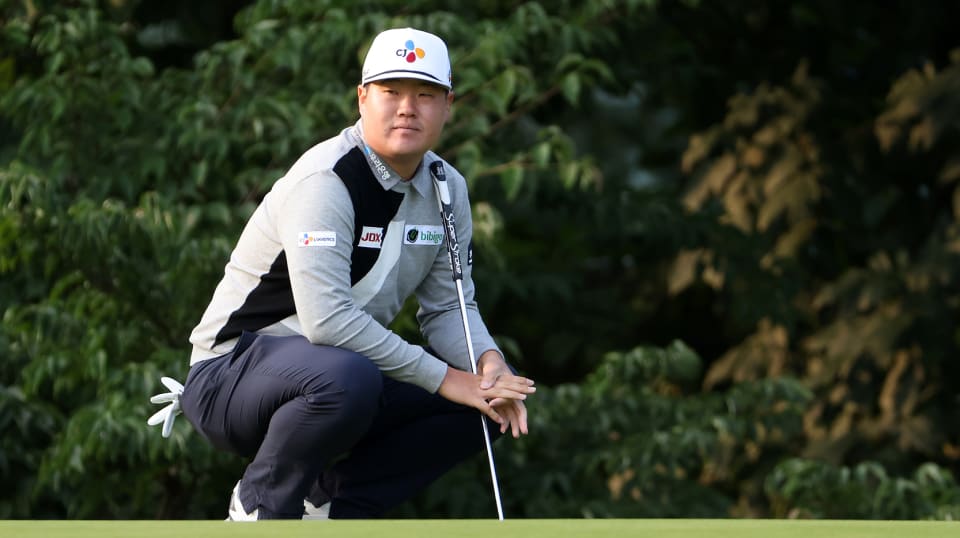 LAS VEGAS – They might not be competing on their native soil, but Sungjae Im and the strong South Korean contingent at THE CJ CUP @ SHADOW CREEK are as determined as ever to claim the trophy.

The COVID-19 pandemic forced the tournament to move to Las Vegas for a year after three successful stagings of THE CJ CUP @ NINE BRIDGES on South Korea’s Jeju Island.  South Korea is scheduled to resume hosting THE CJ CUP next year.

Though not being held in its host country, this year’s CJ CUP still features a strong group of South Korean players gathered at one of the United States’ most exclusive clubs, Shadow Creek.

Sungjae Im leads the 11 men from South Korea in the 78-man field. Danny Lee, who plays under the New Zealand flag, and Kevin Na, who identifies as American, were born in South Korea, as well. The impact of the South Korean players on the PGA TOUR continues to grow after former PLAYERS champion K.J. Choi blazed the trail.

“K.J. (Choi) always used to say that he used to feel somewhat lonely after tournaments because he would have no fellow Koreans to eat with or talk with,” said two-time PGA TOUR winner Si Woo Kim, who also won at TPC Sawgrass. “But this week for me it’s really special because there’s not only Korean players who currently play on the PGA TOUR, but also players who are invited from Korea, so we’re kind of able to gather and eat and talk and hopefully we all can work together and have good results.

Im’s age (22) is lower than his Official World Golf Ranking (23), a testament to the impressive trajectory of his career.  He was the Korn Ferry Tour Player of the Year in 2018 and the PGA TOUR Rookie of the Year the following season. He picked up his first PGA TOUR win earlier this year, at The Honda Classic.

“If I were to win (the CJ CUP) as my second victory, (and) at a sponsor event, I think my happiness would be twofold,” Im said. “I hope that I can do my best this week and produce the best result that I can.”

He’s back in the top 30 of the FedExCup standings early in this season after three top-30 results, including a T13 at last week’s Shriners Hospitals for Children Open.

Like Im, Kim arrives at Shadow Creek after a strong finish at the Shriners. Kim finished eighth last week.

“In Korea, (the CJ CUP) felt like a home competition but this year is a special opportunity and it’s really cool to see a Korean tournament being played in America,” Kim said.

Byeong Hun An also is a star on the world stage. Like Im and Kim, he’s played in an International Presidents Cup team and while he’s still searching for a first TOUR win (he has four top-3 finishes in the last three seasons) he has broken through on the European Tour.

Rounding out the PGA TOUR regulars are Sung Kang, who was a winner at the AT&T Byron Nelson in 2019, and K.H. Lee, who has made the FedExCup Playoffs in his first two seasons.

Six more Korean players are in the field this week off of their performance on the Korean and Asian tours. Tournament organizers have brought a Korean feel to Las Vegas, as well. Bibigo’s Korean barbeque and dumplings are among the options in player dining.

Even the Americans are getting in on the Korean theme. Defending champion Justin Thomas made sure to get some Korean barbecue for his lunch on Monday and he wasn’t alone. Thomas has been a staunch supporter of what is usually the Asian Swing of the TOUR.

“The game of golf is growing so much across the world and it’s so big in Korea and all of Asia,” Thomas said. “And that is what’s unfortunate about not being there this week. We always get a huge following out there and it’s really cool to see.”

Here is a closer look at the other Korean players in the field for the CJ CUP:

• Hanbyeol Kim: He won back-to-back starts at the 2020 Hedges KPGA Open and the 2020 Shinhan Donghae Open on the Korean Tour. He currently leads the Order of Merit.

• Seonghyun Kim: He became the first Monday qualifier to win on the Korean PGA Tour, capturing the 2020 Korean PGA Championship.

• Jaekyeong Lee: He won the 2019 Busan Open en route to securing the Rookie of the Year award on the Korean PGA Tour.

• Joohyung (Tom) Kim: The teenager is a star in the making. He won the 2019 Panasonic Open India as a 17-year-old to become the second-youngest professional to win on the Asian Tour. Also has a Korean Tour win and has played three TOUR events in recent months. He missed the cut at the PGA Championship, was T67 at the season opening Safeway Open and T33 at the Corales Puntacana Resort & Club Championship.