Kelly Kraft and Harold Varner III share the lead at The Greenbrier. Here’s where things stand through 54 holes in West Virginia:

What it means: Kraft, the 2011 U.S. Amateur champion, is in search of his first PGA Tour win. One ahead to start the day, Kraft opened with nine straight pars, rattled off three consecutive birdies on Nos. 10-12, and dropped shots on two of his last three holes for a 1-under 69. Varner, too, is seeking his first Tour win. Like Kraft, he also opened with nine straight pars before adding four back-nine birdies in a bogey-free 66. With a win, Kraft and Varner would secure PGA Tour membership through the 2019-20 season and qualify for The Open, the PGA Championship and next year’s Masters.

Rounds of the day: Schauffele, the defending champion, eagled the par-5 17th to shoot 5-under 65 and pull within one of the lead in his bid to repeat. His score was matched on Saturday by Kevin Na, Bubba Watson, Bronson Burgoon (-10) and J.T. Poston (-8).

Biggest disappointment: First-round leader Webb Simpson dropped 28 spots into a tie for 30th with a 6-over 76. The Players champion has recorded two missed cuts and a T-10 at Shinnecock Hills since his triumph at Sawgrass.

Shot of the day: Kraft’s holeout from off the green at 11, the second of three straight birdies:

Good lie.
Great [email protected] is out front by 3 after back-to-back birdies.#LiveUnderPar pic.twitter.com/AdPiezuuQY

Storyline to watch Sunday: The leading four players in the top 12 and ties who are not already exempt for this year’s Open will earn invitations to Carnoustie at the end of the final round. 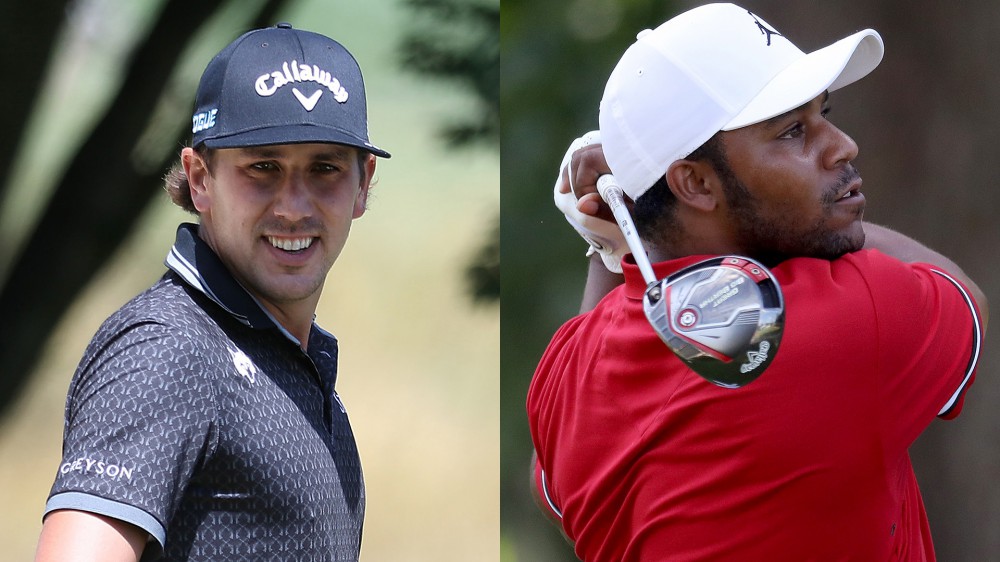