After bagging his second win in the last three months, Matt Kuchar made another jump in the latest installment of the Official World Golf Ranking.

Kuchar captured the Sony Open with a closing 66, turning a two-shot lead into a four-shot margin of victory. As a result, he moved up 10 spots to No. 22 in the latest rankings.  It’s 18 spots better than where he stood before claiming the Mayakoba Golf Classic in the fall and marks his best position since April.

Andrew Putnam couldn’t keep pace with Kuchar down the stretch in Honolulu, but a solo runner-up finish still helped him move up 22 spots to No. 45 in the world. It’s a notable rise for Putnam’s Masters aspirations, given that the top 50 in the world rankings at the end of March will earn trips to Augusta National. Putnam’s maiden victory at the Barracuda Championship in August did not bring with it a Masters invite.

The top 10 in the world remained unchanged for another week, with Justin Rose still ahead of Brooks Koepka, Dustin Johnson, Justin Thomas and Bryson DeChambeau. Xander Schauffele remains at No. 6, with Jon Rahm at No. 7 as he gets set to defend his Desert Classic title. Rory McIlroy, Francesco Molinari and Tony Finau round out the latest top 10.

Despite not hitting a competitive shot last week, Tiger Woods moved up two spots to No. 12 in the world while Jordan Spieth dropped one spot to No. 18 after missing the Sony cut, marking his lowest ranking since December 2013. 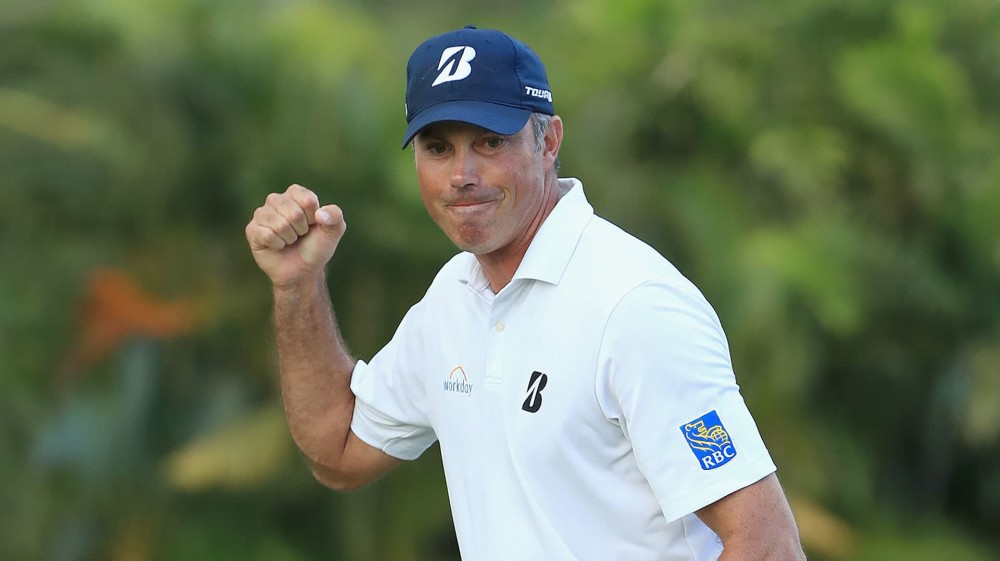 After watching video, Rory McIlroy addresses his drop in Round 3

After Further Review: Woods, Mickelson and Wie … oh, the possibilities