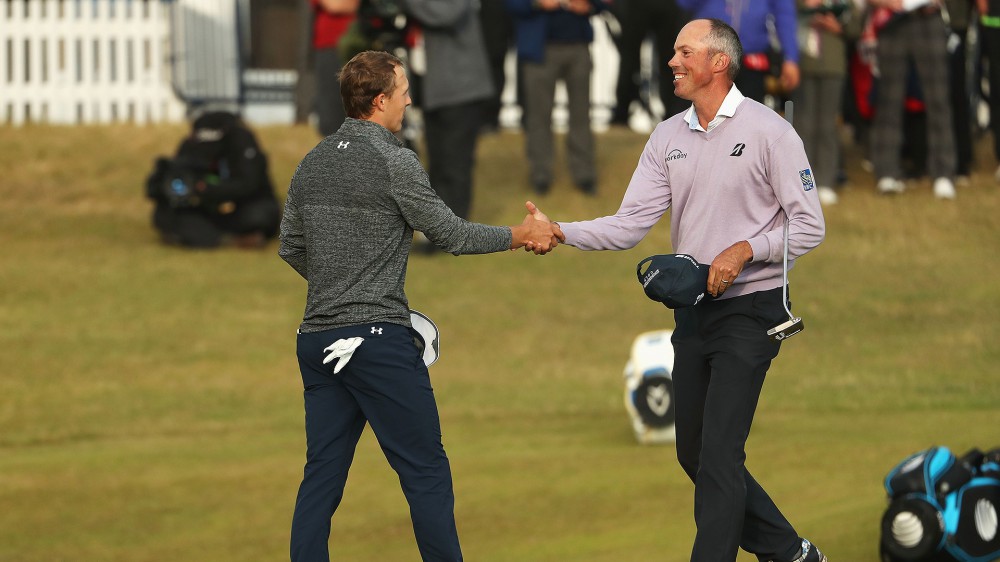 SOUTHPORT, England – Matt Kuchar has been great in match play formats his entire career. He won the U.S. Amateur. He won the WGC-Match Play. Look at his Ryder Cup and Presidents Cup records.

Kuchar has no interest getting into a match-play situation with Jordan Spieth Sunday during the final round of The Open.

“I’ll be playing with him but not focused on him,” Kuchar said shortly after putting the finishing touches on a third-round 66 to trail Spieth by three shots. “My goal is to go out and play Royal Birkdale. I’ll know exactly where we stand but I don’t know how much that ever helps you.

“You just have to go out and hit the best shot for the situation. I’ve been on some good form. The formula has produced a lot of good golf and I hope it continues to produce some good golf tomorrow.”

Kuchar actually was tied with Spieth for about 2 minutes late Saturday when he made birdie on the par-5 15th hole. Moments later Spieth made birdie to pull a shot ahead. Or in this case, remain a shot ahead.

On Sunday, Kuchar, searching for his first major title at 39 years old, admitted that there may be one time where he starts to worry about where he stands.

“I think it only matters maybe come the 71st hole to adopt your strategy,” Kuchar said. “Maybe 70th hole. To go ‘hey, maybe I’m 3-down now, maybe I need to be a little more aggressive than normal.’

“Other than that I don’t know that you adapt strategy a whole lot. Whatever situation you kind of find yourself in, you try to execute the best shot you can.”