Brooks Koepka has a seven-shot lead entering the final round of the 101st PGA Championship. It’s the largest three-round advantage, by two shots, in event history.

No player has ever blown a lead that great over the final 18 holes of a men’s major championship (or in any PGA Tour event, for that matter). Greg Norman’s infamous collapse in the 1996 Masters, where he led by six strokes over Nick Faldo, closed in 78 and finished five in arrears, is the biggest final-round meltdown by a 54-hole leader in a men’s major.

Here’s a look at the top-5 largest 54-hole leads in men’s major championship history and how the finale played out (courtesy the Golf Channel research unit).

Final round: Woods was at 8 under par, with Ernie Els alone in second place at 2 over. Woods continued his flawless play with a bogey-free, 4-under 67 to win by a major-record 15 shots, at 12 under.

Final round: After shooting 67-65-72 to open his big lead, Cotton finished with a 79 at Royal St. George’s. Fortunately for him, it was still good enough for a five-shot win.

Final round: Woods cruised through the first three rounds in his first major start as a pro and shot 3-under 69 Sunday at Augusta National to win by a tournament-record 12 strokes, at 18 under (also a tournament record).

Final round: Rain softened Congressional Country Club and McIlroy took advantage with rounds of 65-66-68 to stand at 14 under par. He closed with a 2-under 69 to set one of his 11 U.S. Open records that week, with a 16-under-par total. He won by eight.

Final round: Floyd dominated from start to finish, becoming the fourth wire-to-wire winner in Masters history. His closing 2-under 70 gave him an eight-shot triumph. Floyd’s 17-under-par tally tied the tournament scoring record, until Woods broke it in 1997. 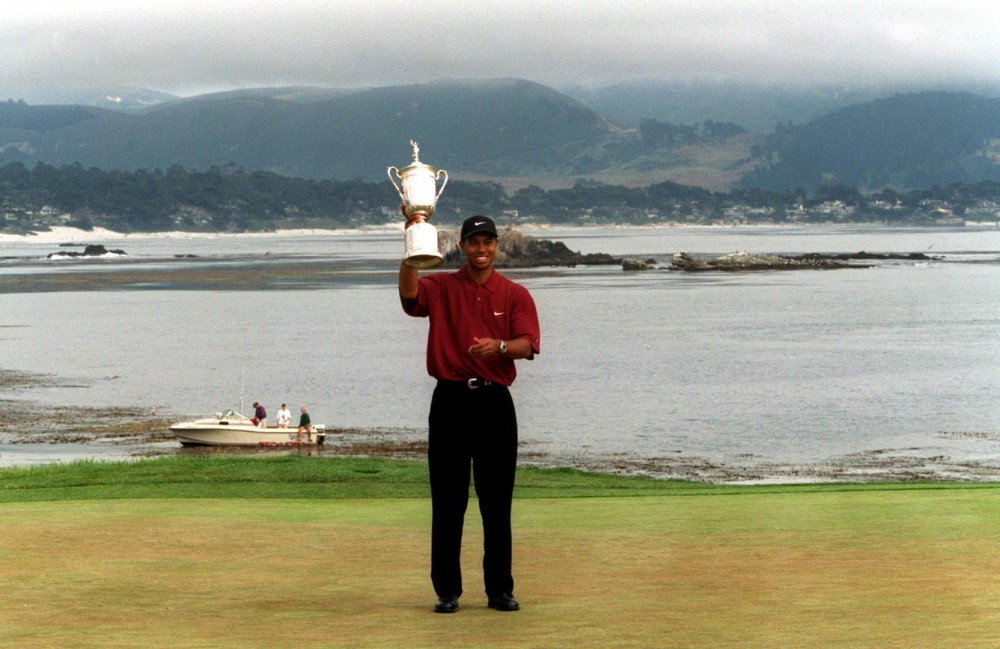