Home Golf News & Information Leaders struggle Saturday, setting the stage for a sprint to the FedExCup 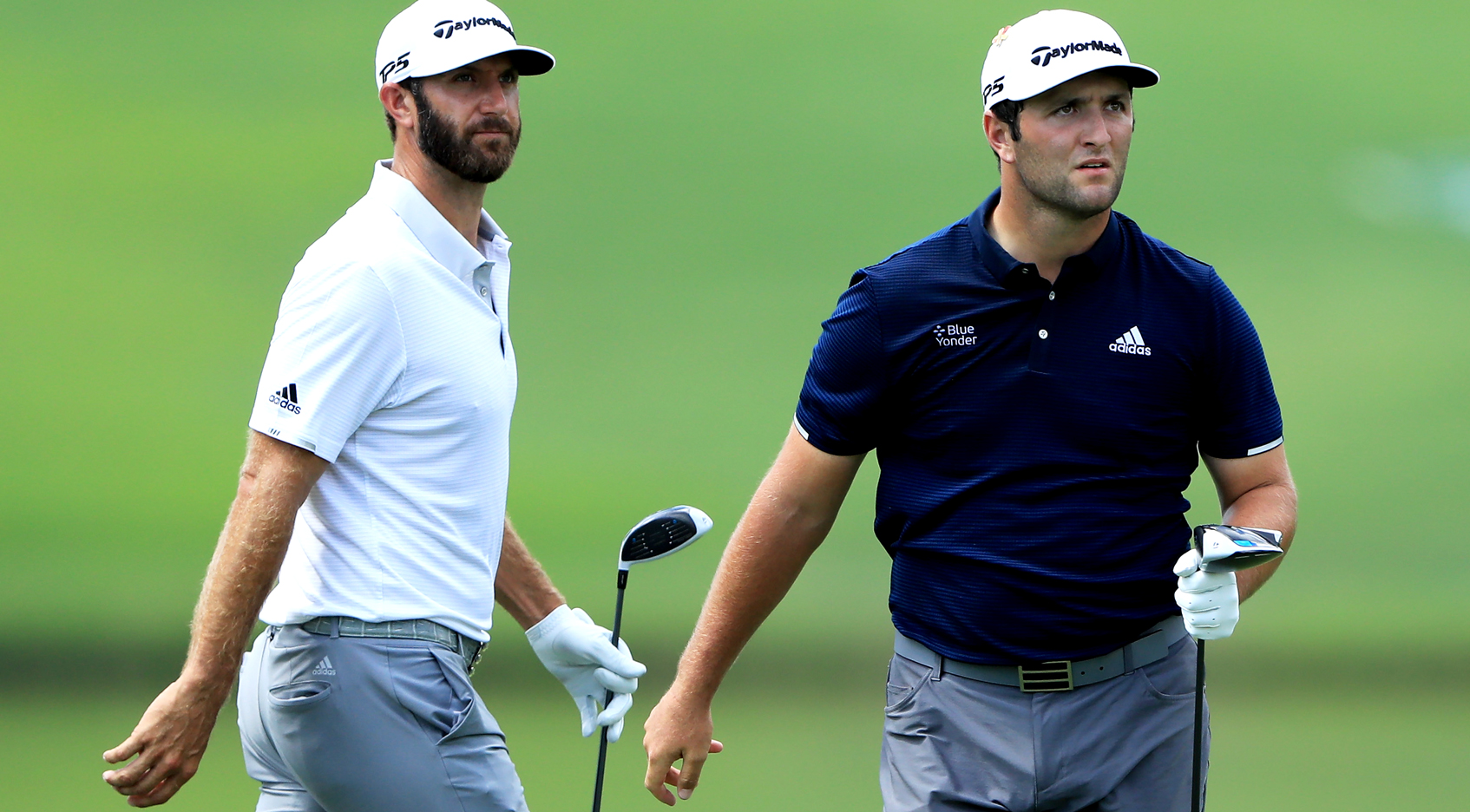 With a win and runner-up in the previous two Playoffs events, it is fitting that Johnson is atop the TOUR Championship with two rounds remaining. A FedExCup is one of the last things missing from his Hall of Fame resume. He had a chance to make his path to his first FedExCup easier but made four birdies and four bogeys Saturday. He hit just two fairways.

“I was everywhere today. Obviously, all in all, I managed it pretty well,” Johnson said. “To shoot even around here not hitting my tee ball very good is a nice score, but I need to drive it better over the weekend.”

Until Saturday, the postseason was dominated by the top two players in the world. It started with Johnson’s runaway win at THE NORTHERN TRUST, which he won by 11 with the second-lowest score in PGA TOUR history.

Then Rahm and Johnson engaged in one of the most exciting finishes of the season at the BMW Championship. Johnson holed a 43-footer birdie to force extra holes at Olympia Fields, but Rahm won with a 66-footer of his own on the first extra hole.

They started the TOUR Championship atop the leaderboard thanks to the new staggered-start format, and they played well enough in Friday’s first round to pull away from the majority of the field.

They were tied at 13 under par after the first round at East Lake. Johnson, as the FedExCup leader, started the tournament at 10 under par. He shot 67 on Friday. Rahm shot 65 to close the two-shot gap between he and Johnson. Justin Thomas was two shots back after the first round and Rory McIlroy was four behind. They were the only players fewer than six shots back of the lead.

The emotional Spaniard and even-keeled South Carolinian have contrasting comportments on the course, but Rahm spoke earlier this week about their affinity for playing together. Their strong ball-striking and quick pace allow each other to get into a rhythm.

Rahm and Johnson were in the final group again Saturday, but they couldn’t keep up the pace.

Rahm shot 39 on the back nine, including a double at the par-3 15th after he hit his tee shot in the water.

“It’s one of those days I can’t escape here. That’s been my downfall pretty much every time I come,” Rahm said. “I can’t escape the one day where just nothing goes right, and I can’t really post a score.”

Johnson, who’s hit just 25% of his fairways this week, said he has struggled with every club off the tee, not just his driver. He also lost strokes on the greens Saturday thanks to a couple lip-outs.

This is the second year of the TOUR Championship’s staggered-start format. There were fears that giving the FedExCup leader a head start would result in runaways. That hasn’t been the case.

East Lake seems suited for this format because it allows players to go low while penalizing mistakes. Among the top seven names on the leaderboard, we saw everything from a 64 to a 74 on Saturday.

One-third of the rounds this week have been over par. But we’ve also seen seven rounds of 65 or lower.

Water comes into play on just a few holes at East Lake, but McIlroy hit it in the one lake that is an afterthought for the professionals. He chunked his second shot on 18 into the water that is only a problem for players the other 51 weeks a year. He bogeyed 18, as did Thomas. There was only one other bogey on that hole Saturday.

“Through two rounds I’m in a great place,” Thomas said, “so I just need to shrug it off.”

He isn’t the only one whose FedExCup chances are still alive. The stage is set for a strong finish to the season.