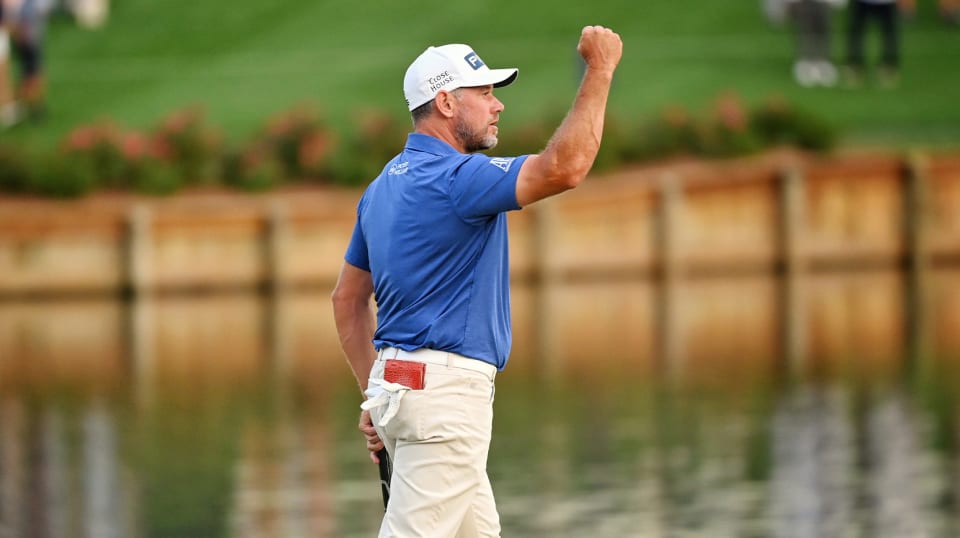 In the ShotLink era (2003) the only other time the same two players have gone head-to-head in the final group in two straight stroke-play events on TOUR was when Adam Scott and Vijay Singh battled for the 2006 TOUR Championship and ’07 Sentry Tournament of Champions.

Asked what stands out about Westwood after playing with him a week ago, DeChambeau, who ranks eighth in Strokes Gained: Approach The Green through three rounds, didn’t hesitate to cite Westwood’s girlfriend and caddie, fitness instructor Helen Storey.

“She’s keeping him steady and level-headed,” he said, “and she’s a rock. Keeps his mind focused on the right things, and she’s been awesome for him. That’s one of his secret weapons, I think.”

“Yeah, I think at my stage of my career, there’s not a lot a caddie can tell me,” he said, “but obviously Helen gets me in a fantastic mood out there, and psychologically she can help me and say the things that I need to hear. She helps me in that aspect an immeasurable amount.”

As for what impresses him about DeChambeau, Westwood mentioned versatility. Bay Hill, he said, is a different sort of course, allowing a player to “open up the shoulders” and hit the long ball. The Stadium Course at TPC Sawgrass, where hazards lurk seemingly everywhere? Not so much.

“Credit to Bryson,” said Westwood, who is one for six in converting 54-hole leads/co-leads into victories on TOUR. “You wouldn’t association this golf course with his style of game.”

Not that the Stadium Course is a bad fit, he clarified. It’s just not as good a fit as Bay Hill.

“But he’s up there,” Westwood said. “It just shows he can adapt his game.”

Westwood is seeking to win in his 15th start at THE PLAYERS, which would match the most starts by a first-time winner in tournament history (Tom Kite, 1989; Funk, ’05).

DeChambeau is seeking to become the fourth to win the week immediately preceding a victory at THE PLAYERS, and first since Woods in 2001.

“Definitely not a two-horse race,” said Westwood, who had five top-10 finishes in 14 starts here coming into this week. “And this golf course is one of the hardest to front-run on, as well.”

One hazard neither Westwood nor DeChambeau will encounter Sunday: a lack of familiarity with their playing partner.