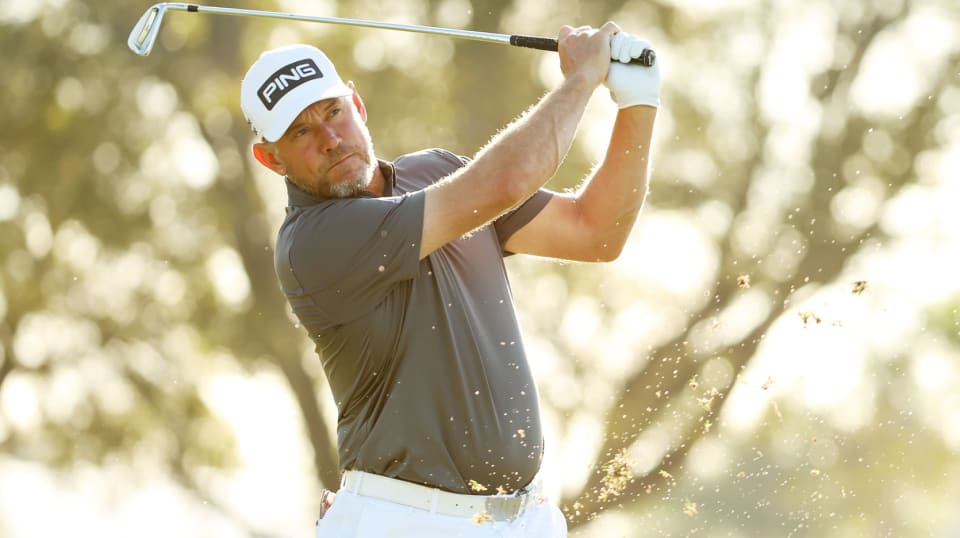 Lee Westwood held on for about as long as he could at PGA National’s Champion course, one of the most demanding tracks on the PGA TOUR. But on Friday, his stellar Florida run came to a close at PGA National. He’ll have the weekend free after shooting 78 and missing the cut.

Westwood’s last few weeks on the PGA TOUR may have failed to deliver a trophy, but they did earn the veteran player plenty of new admirers. A month shy of his 48th birthday, he went toe-to-toe with mighty Bryson DeChambeau at the Arnold Palmer Invitational presented by Mastercard, forcing DeChambeau to make a clutch 5-footer for the trophy.

He then stepped in against the strongest field of the season at THE PLAYERS Championship and jumped right back into the fray, taking another lead into Sunday. Westwood ran in one last birdie on the 72nd hole and was a runner-up once more, this time to another young gun – Justin Thomas.

Westwood did the right thing by playing the Honda, even if he knew he was stretching himself by playing a fourth consecutive week. The tournament has been good to him in the past, and the Englishman has established his U.S. base close by in South Florida. (“It’s just not right to withdraw at such a late date,” he said.) On Thursday, he birdied his last two holes to shoot a solid 70. He was in a good spot. Friday, he just didn’t have it. A lone birdie on his 17th hole of the day (the eighth) wasn’t nearly enough to offset three double bogeys on a tough track.

Did he simply run out of gas? “Yeah,” Westwood said wryly, “about four days ago.”

Westwood hadn’t missed out on playing on the weekend anywhere around the globe since The RSM Classic in Georgia in November. Having risen to 19th in the World Ranking, Westwood will be back on the tee in Austin, Texas, on Wednesday for the World Golf Championships-Dell Technologies Match Play. There were far too many positives from the last couple of weeks to be too concerned about a missed cut. He earned a huge payday (more than $2.6 million) over the last two weeks, and the 645 FedExCup points earned vaulted him to 22nd in the points standings. Plus, he got to spend the early part of this week playing Augusta National Golf Club with his son, Sam, who was on dad’s bag at The Honda.

His body was telling him it was time for a brief respite before he gets back at it in Texas.

“My body was telling me last Sunday (at PLAYERS),” Westwood said. “I didn’t swing it as well Sunday last week. I was starting to get tired. Three weeks in a row with not really a day off. So yeah, I am 48 in a month, and I can’t keep doing it like the 20-year-olds do it.”

Even if the last two weeks at Bay Hill and TPC Sawgrass, he did. Westwood left PGA National quite confident, already looking forward to the Match Play and to the Masters. Most of all, he looked forward to a little rest.