LAKE FOREST, Ill. – Eight years after his most distinct on-course memory in the Chicago area, Marc Leishman is halfway to topping it at the BMW Championship.

It was at the 2009 edition of the event at Cog Hill that Leishman, then a 25-year-old rookie, found himself paired with eventual tournament winner Tiger Woods.

“I remember being really, really nervous on the first tee, which I’m not generally a nervous person but that was a new thing for me,” Leishman said. “Actually quite a lot that day, probably three, four holes which is not normal for me. I don’t tend to remember rounds of golf too often.”

The affable Aussie has had little trouble recalling the damage he has inflicted this week at Conway Farms Golf Club, where he has birdied exactly half of the holes through two rounds to build a three-shot lead over Jason Day and Rickie Fowler.

Leishman seemed headed toward the winner’s circle in his last start at the Dell Technologies Championship, where he went out in 30 during the final round to pull ahead of Justin Thomas and Jordan Spieth. But he came home in 40 at TPC Boston, got passed by both Americans, and spent the bye week pondering what might have been after a third-place finish.

“The course was playing tough and I didn’t play as well as I would have liked. So the combination of those two things on a PGA Tour course is not a very good one,” he said. “Generally doesn’t lead to too many good things. So I try to take all the positives out of that, learn from the bad stuff I did and hopefully use that, not just this week but the rest of my career.”

There has been no letup through two rounds from Leishman, who is among five players to break 65 this week on the par-71 layout. But Leishman is the only player to do so twice, having followed a blistering 62 with Friday’s 64.

Instead of Woods, Leishman will now play the third round with a much more familiar face in Day. Already a winner this year at the Arnold Palmer Invitational, Leishman appears poised to erase any lingering bitterness from his last start and create some new Chicago memories that are tied much more to his performance than the name of his playing partner.

“I’ve got a lot of good memories here, and the crowds are great,” Leishman said. “Hoping I can continue to make birdies, give them something to cheer about and come back next year as a crowd favorite.” 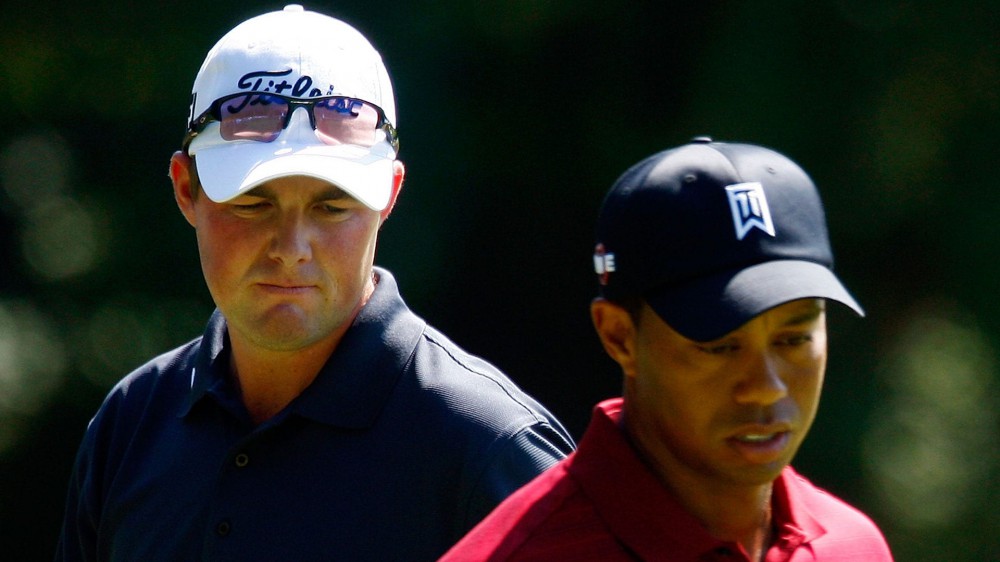