This week’s event on the Ladies European Tour, the Omega Dubai Moonlight Classic, is being played in both daylight and under the lights.

With 56 players in the field, each of the competitors are playing at least nine holes in each of the first two rounds under LED floodlights on the Faldo Course at Emirates Golf Club.

Leona Maguire, an LET rookie from Ireland, didn’t seem bothered by the optical transition as she fired her lowest round as fledgling professional, an 8-under 64. 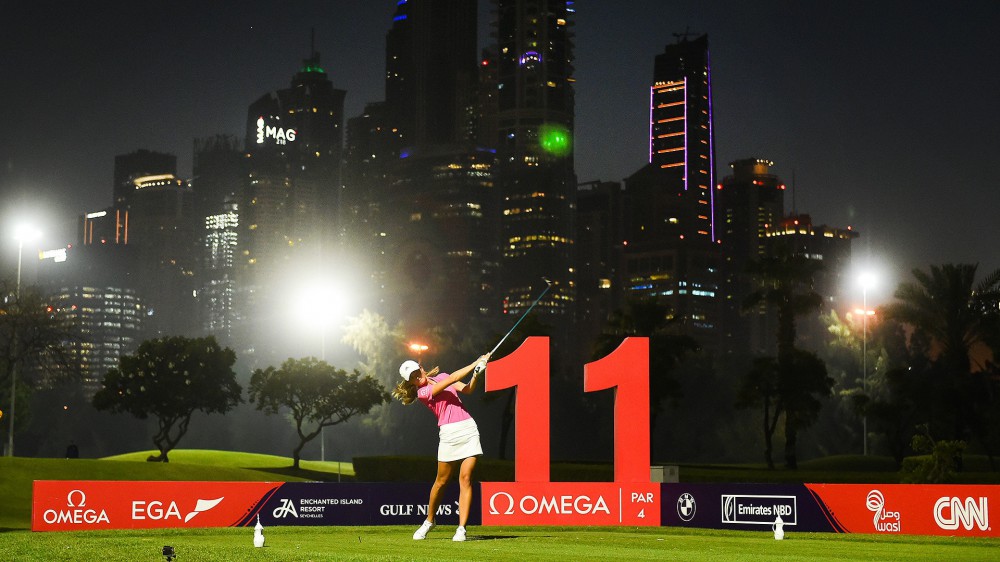 She leads the Germany’s Olivia Cowen by two shots. Spain’s Nuria Iturrios, the current LET Order of Merit leader, is three back at 5 under.

“I adjusted quite quickly, actually. It was a lot better than I thought,” Maguire told reporters in Dubai. “The lights went on when we were on [Nos.] 13 and 14, which were a little tricky and then I played the last four holes really nicely. It seems like night golf suits me. I thought it was great.” 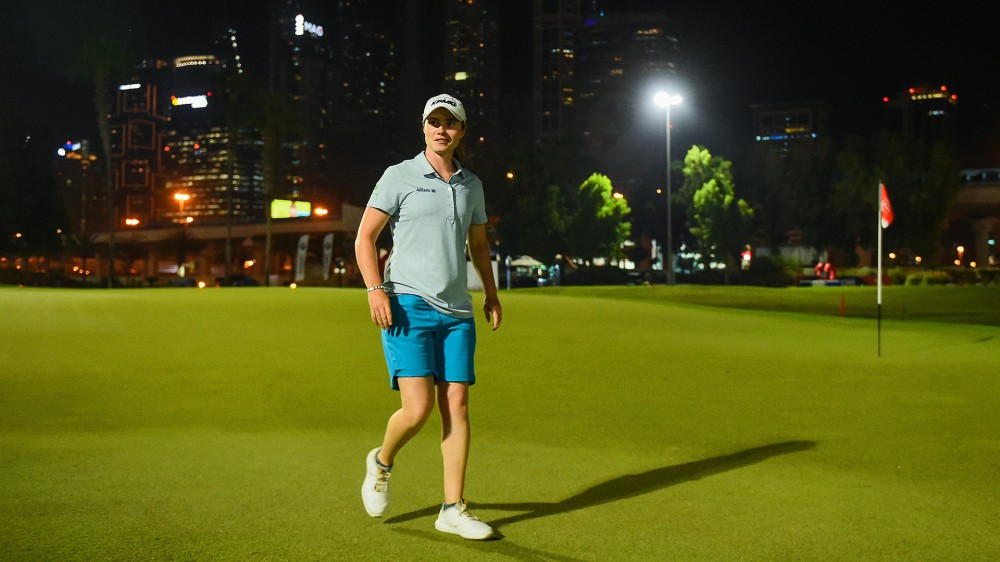