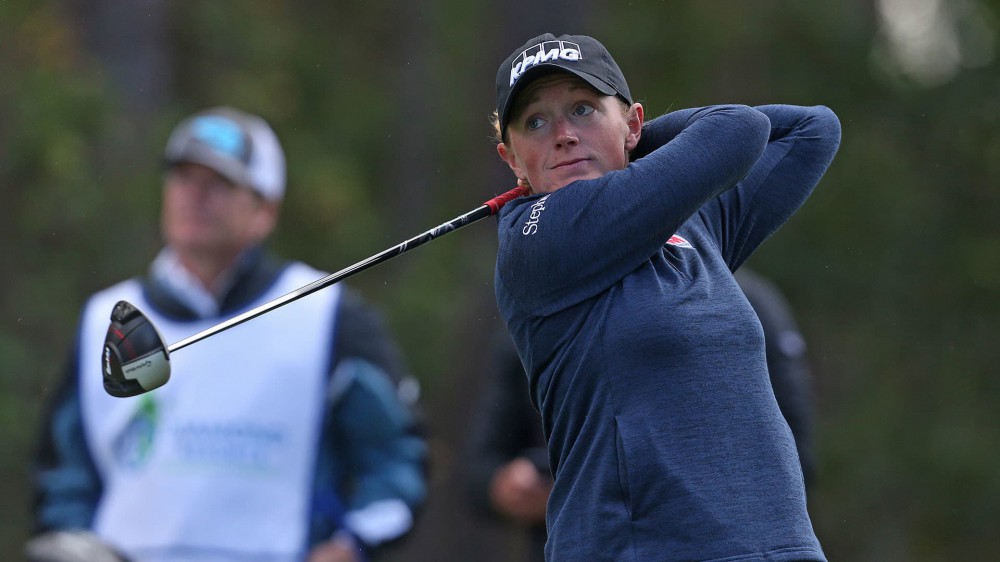 PHOENIX – Preparation for the Bank of Hope Founders Cup has changed dramatically for Stacy Lewis.

She almost always plays well here, with a victory, three second-place finishes and a T-4 in her last five starts at Wildfire Golf Club.

But there are more than birdies on her mind this week.

Playing just her second LPGA event since becoming a mother, Lewis attended a parents meeting this week. She joined Gerina Piller, who is also working her way back on tour after giving birth to her first child last year. They are both using the tour daycare this week.

“After the meeting, we were sitting there talking about our kids’ poop, so the conversations have changed a lot,” Lewis cracked.

Naturally, there have been some challenging moments adjusting to life on tour with babies in tow.

“Gerina kind of made the comment, ‘How are we going to do this?’” Lewis said. “I was like, ‘We’re going to get through every day. It’s hard to want to take that time away from being with your kid to go practice, but at the same time, you need do it. It’s finding the right balance for both of us.

“We’re figuring it out together, but it’s fun to have someone to go through it with.”

Lewis, the former world No. 1, got off to a strong start in her first start as a mom in the season opener. She tied for sixth at the Diamond Resorts Tournament of Champions.

That was two months ago.

Lewis passed on the Australian/Asian swing to spend more time with her daughter, Chesnee Lynn, who was born almost six months ago. Life as a parent is requiring Lewis to make adjustments in what she expects from herself as a player.

“I would say expectations are definitely a little lower, just having not played as much,” Lewis said. “The mindset, it’s really different now. Just golf is not the top of the list anymore.

“It’s OK. I still feel like I can play great golf with it being that way. The intensity will still be there. That’s not going to go away. That’s just who I am.”

Goals are changing, though.

“Three kind of main goals this year: To get in the U.S. Open, to win and to make the Solheim Cup. Those three are kind of on my list.”