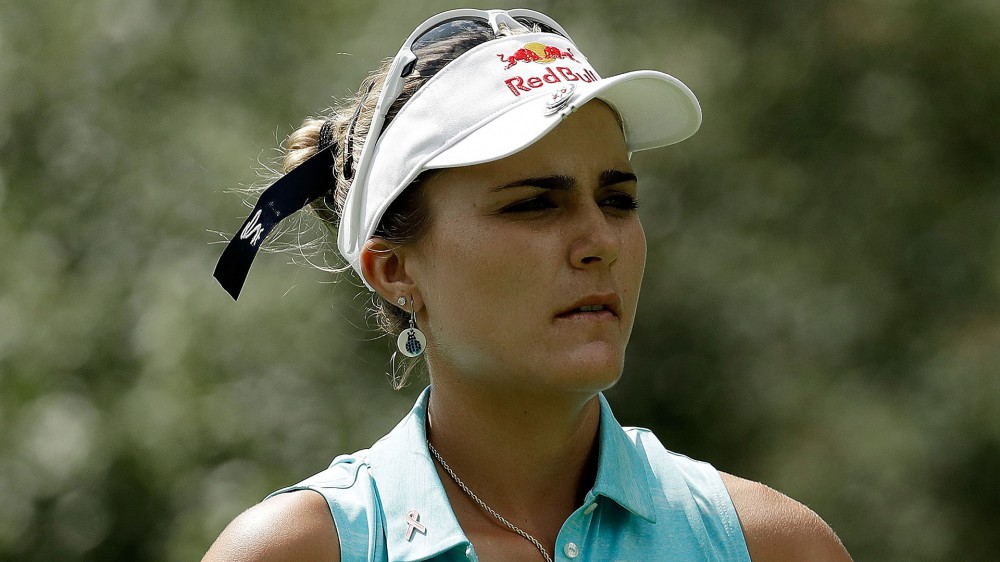 OLYMPIA FIELDS, Ill. – Lexi Thompson delivered a thunderbolt of her own under dark skies Friday at the KPMG Women’s PGA Championship.

Thompson rolled in a 25-foot putt for eagle at the 18th hole to close out a 2-under-par 69 to get herself in position to make a weekend run.

Thompson was just four shots off the lead when she signed her scorecard with the morning wave finishing.

The galleries at Olympia Fields were strongly behind Thompson, whose story has struck a chord with empathetic golf fans.

Thompson looked as if she were going to run away with the first major of the year before being hit with a four-shot penalty on the back nine in the final round of the ANA Inspiration, a penalty based on a TV viewer’s email alert to LPGA officials. Thompson’s story grew heartfelt this week with news that her mother, Judy, is going through a second battle with cancer.

“It means the world to me,” Thompson said of the fan support.

The closing eagle came after Thompson bombed her drive at the 18th and hit a 6-iron to 25 feet.