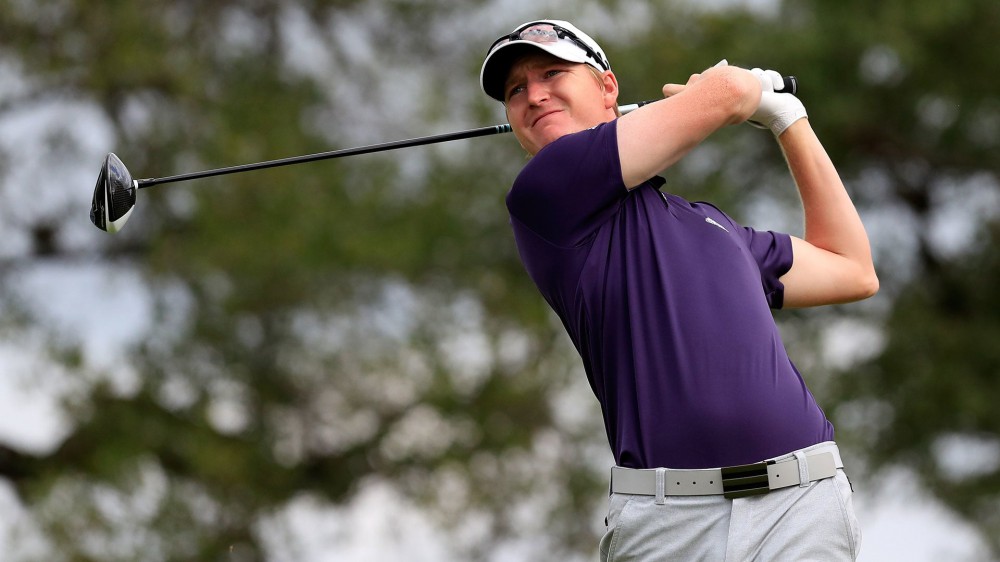 Steve Stricker isn’t the only Wisconsinite coming home to play in next week’s U.S. Open.

Second-year pro Jordan Niebrugge, who grew up in Mequon, about 30 minutes from Erin Hills, earned one of the four spots at Monday’s sectional qualifier in Washington.

“Ever since it was announced that the Open was going there it was pretty high on my list of goals to achieve, to get there and play well in it,” he said by phone Tuesday. “Now it’s finally here. It’s going to be really special.”

The 23-year-old already has experience playing on a big stage. As a rising senior at Oklahoma State, he tied for sixth at the 2015 Open at St. Andrews, the first amateur to finish in the top 10 since 2008.

“Knowing that you can go out there and do that is big for your confidence,” he said.

Niebrugge is exempt into the first eight events this summer on the Mackenzie Tour. When we spoke Tuesday, he was aboard a ferry, about to cross into Canada.

Niebrugge was runner-up in the season-opening event that ended Sunday, then arrived in Washington for sectionals at about 8:30 p.m. local time. With no time for a practice round, he and his father/caddie, Rod, drove around Tacoma Country and Golf Club for an hour in the dark to get a look at the course.

The first round was “a little bit of a test drive,” and he shot 73 on a course that was playing firm and fast. More comfortable during the second 18, he carded a bogey-free 67, including a birdie on the last, to grab one of the four available spots.

Stricker admitted to feeling the pressure of trying to play the first U.S. Open in his home state. He requested a special exemption but was denied by the USGA. He loaded up his schedule to try and crack the top 50 in the world, but didn’t get in that way, either. When he medaled in Memphis to secure his spot, there was a sense of relief.

There was less attention on Niebrugge’s pursuit, of course, “but there was a little extra pressure, and I feel like I managed it pretty well,” he said. “I’ve been playing solidly for the past couple of weeks, and I knew I had a pretty good chance.”

The former Walker Cupper said that he’s played Erin Hills “10 or 15 times,” mostly in competition. He won a U.S. Amateur Public Links qualifier there in 2013. He has also played a college and high school event on the sprawling, linksy layout.

“Knowing the positions that you need to be around that place is pretty big,” he said.

Instead of heading to Erin Hills early, Niebrugge will stay in Canada for the Mackenzie Tour’s second event, knowing that each good result brings him closer to his goal of reaching the PGA Tour. He had also planned to play next week’s stop in Kelowna, his third in a row.

A home Open will be even better.