Don’t worry, Pernilla Lindberg reassures, she may be losing a long-time caddie, but not a fiancé.

Daniel Taylor is leaving her bag to take over as caddie for Rolex world No. 1 Ariya Jutanugarn at year’s start, but Taylor and Lindberg are still planning to marry. In fact, they plan to be husband and wife before the month is out. They are set to wed on Jan. 31 in Queenstown, New Zealand.

“As a couple, it’s tough sometimes being a caddie and a player,” Lindberg said. “It’s a lot of time to spend together.”

Taylor picks up Jutanugarn’s bag at a time when she appears to be taking control on tour. Jutanugarn swept every major LPGA honor last season, from Rolex Player of the Year, to the Vare Trophy, to the money-winning title and the Race to the CME Globe $1 million prize.

Jutanugarn is splitting with Les Luark, who was on her bag for eight of her 10 LPGA titles, including last year’s U.S. Women’s Open victory. Luark was on Jutanugarn’s bag for her first three LPGA titles in 2016. They split midway through that year, before reuniting early in 2017. Jutanugarn has yet to comment on the reasons for this newest change.

Lindberg, who broke through to win the ANA Inspiration last year, is hiring Roy Clarke as Taylor’s replacement. Clarke is a veteran Irish caddie who has worked for Sherri Steinhauer, Sandra Gal and Se Ri Pak. He’s also a close friend of Taylor.

Lindberg has played with Taylor on her bag for six of the last seven seasons. They took a break in 2017, to take some pressure off the relationship, but Lindberg wanted him back on her bag last year, which paid off with her first LPGA victory, at the ANA Inspiration.

“There are so many positives having Daniel as my caddie, him being so close to me,” Lindberg said. “There is no one I trust as much as him, but … it’s easy as long as I’m playing well. Through the hard times, it’s tough. The player and caddie connection is stressful and emotional, and you add extra emotion being a couple. At the end of last season, we felt it was best for our relationship to have a little break again.”

Lindberg and Taylor began dating before they began working together in 2012.

“It really comes down to something simple,” Lindberg said of the decision to split as caddie/player. “At the end of the day, you have nothing to talk about it. I can’t ask Daniel, ‘What did you have for dinner last night?’ or ‘How was your day today?’”

Lindberg says this split doesn’t mean Taylor won’t end up on her bag again in the future. 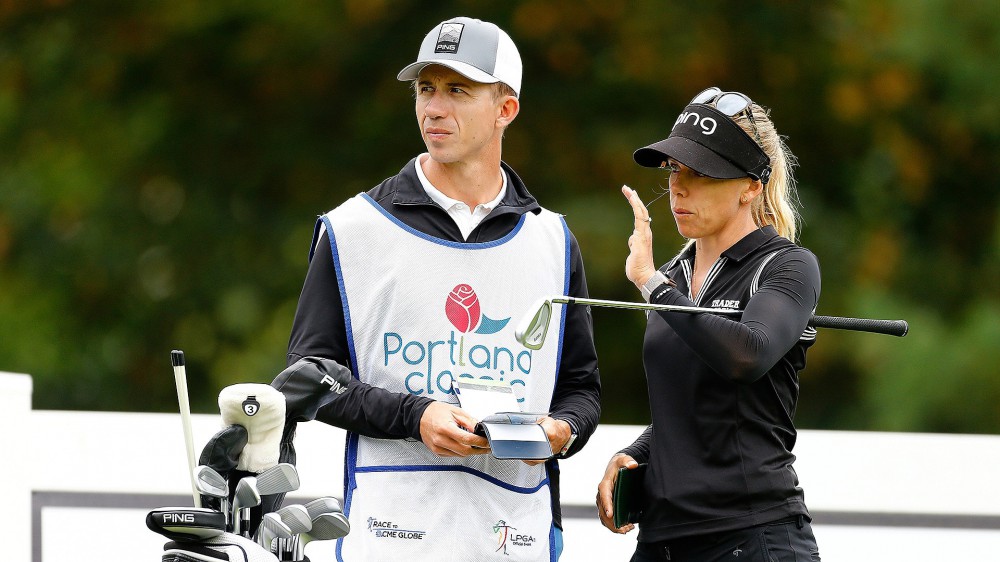