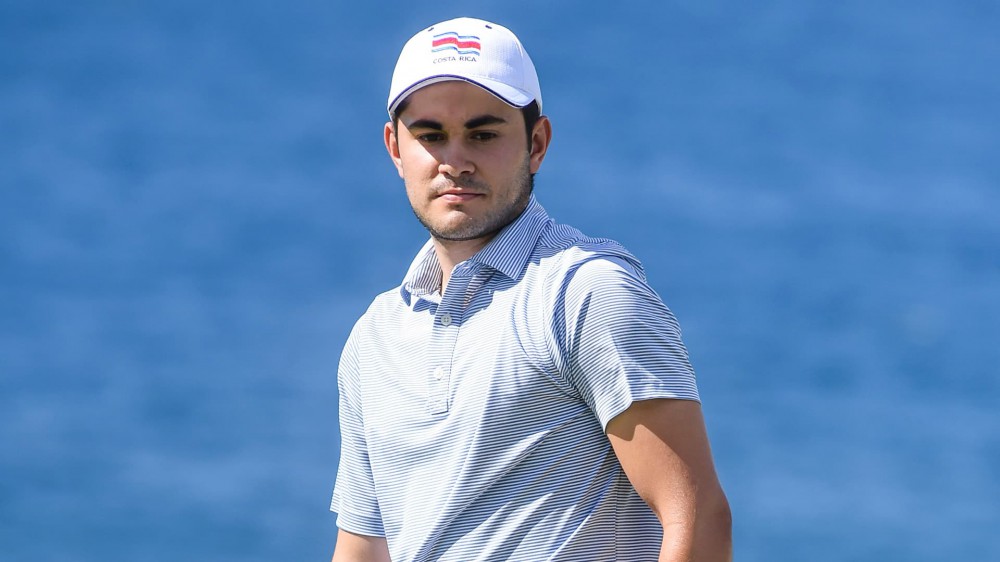 LA ROMANA, Dominican Republic — Luis Gagne couldn’t have summed it up any more succinctly Sunday: “You can’t lay up into a bunker.”

Two back to start the day, Gagne took the outright lead with a birdie at No. 9 to make the turn in 4-under 32. Two more birdies on his second nine got him to the 17th hole tied for the lead at 12 under.

With the tee pushed up on the drivable par 4, Gagne decided to lay back off the tee. Unfortunately, his attempt to play it safe ended with him finding a fairway bunker 90 yards short of the green.

“I thought I hit a club that would be short of the bunker,” Gagne said. “It was 190 to the trap and I tried to punch a 6-iron. It hit really, really good, and it took a big bounce.”

From there, he sailed his downwind approach over the green and was probably lucky to have his ball hang on the bank above the beach and the Caribbean Sea. He pitched to 15 feet but was unable to make a lengthy par putt for the second hole in a row, as he had just done at the par-3 16th.

On a hole where he needed to make birdie to keep pace, he finally made a bogey. It was Gagne’s first dropped shot in 36 holes, dating back to his second round on Friday.

He went on to two-putt for birdie at the par-5 18th and sign for a final-round 66, but a pair of closing birdies from Ortiz left Gagne exactly where he started the day, two shots back.

“It’s definitely harder to swallow (knowing that it was a course management mistake), because that’s something I can control,” Gagne told GolfChannel.com on his way out of the media center. “It was just poor club selection, honestly. …