In just his sixth career PGA Tour start, Adam Long held off Phil Mickelson and Adam Hadwin to win the Desert Classic with a birdie on his 72nd hole. Here’s how the 31-year-old Duke product got the job done Sunday in La Quinta, Calif.:

What it means: Entering Sunday at PGA West’s Stadium Course, the Desert Classic appeared to be Mickelson’s to win. But Mickelson managed only a closing 3-under 69 as his putter went ice cold in the final round; the veteran made just more than 46 feet of putts. Long, on the other hand, didn’t even need his putter on two holes Sunday, chipping in for birdies at Nos. 12 and 15. His six birdies through 17 holes left him tied with Mickelson and Hadwin at 25 under entering the final hole. Hadwin, who used six birdies in his first 11 holes to take the outright lead, ended up flying the green at the final hole and settling for a 5-under 67 and aT-2 finish.

Mickelson had 39 feet for birdie at the last, but burned the left edge and also shared second following a closing 69. Long, the only player to miss the fairway on the 18th, hit a beautiful approach shot with the ball below his feet to 14 feet. Minutes later, he was delivering a huge fist pump as his ball dropped for birdie, a final-round 65 and his first PGA Tour victory. The 2018 Web.com Tour grad had missed three of his first four cuts of this Tour season.

Round of the day: Gooch began the day six shots back before roaring up the leaderboard with six birdies in his first eight holes. An unfortunate break at the par-4 15th, where Gooch’s drive settled behind a lone tree, led to bogey, but Gooch still managed to post a closing 8-under 64 to finish solo fourth.

Best of the rest: Rahm couldn’t win for a second straight year in the Coachella Valley, but the Spaniard did manage to close in 5-under 67 and notched his fourth straight worldwide top-10 finish. Playing for the first time since the Dell Technologies Championship, Daniel Berger (wrist) tied for 12th after posting a final-round 68.

Biggest disappointment: Steve Marino needed a solo-second finish or better to satisfy his major medical exemption. But Marino’s final start under that exemption ended with a final-round 74 and T-18 finish.

Shot of the day: Not the ideal lie, but it didn’t matter for Long at the 18th.

Three tied for the lead.

Quote of the day: “It was one of those putts that you just stand over and know you’re going to make.” – Long, on his tournament-winning putt

Adam Long for birdie and the win at the Desert Classic… BANG 🏆pic.twitter.com/2APAjPw6AL 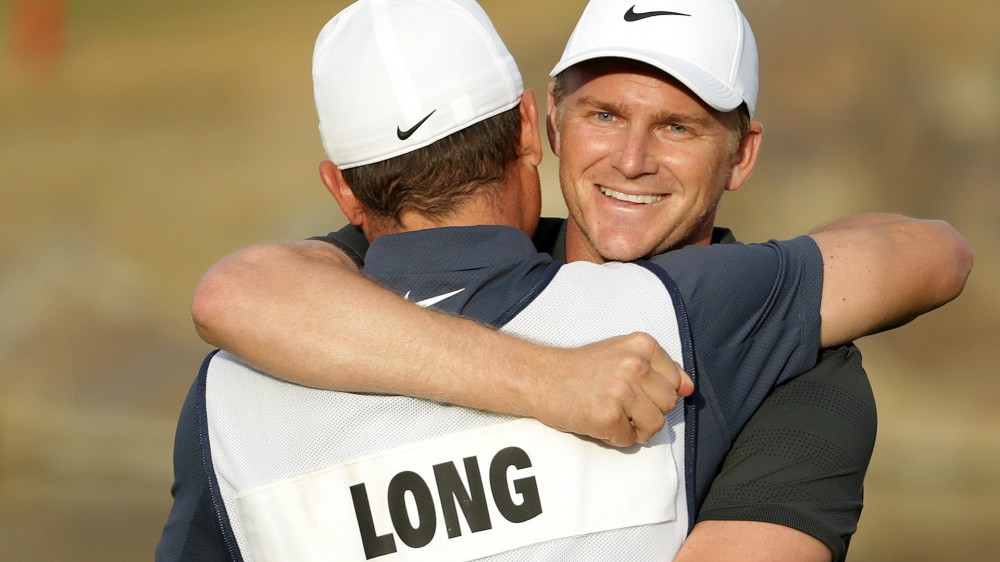 How Molinari, Fleetwood can win European Tour's Race to Dubai