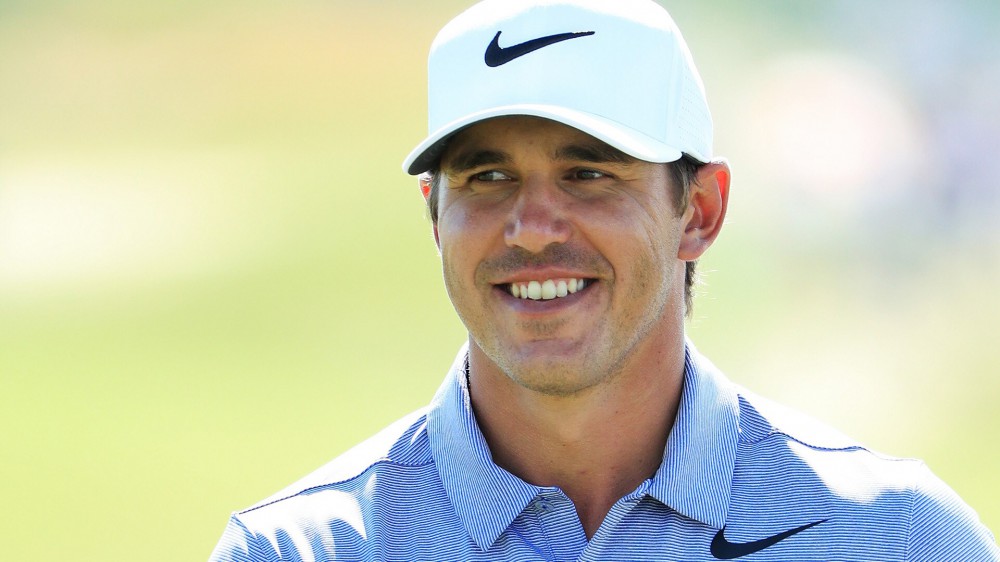 ERIN, Wis. – At the massive par-4 11th hole, Brooks Koepka did what he does best on Day 2 at Erin Hills, ripping a drive 321 yards down the middle of the fairway which set up a wedge shot for his approach into the 468-yard fourth.

It’s a simple game plan that has worked well for Koepka throughout his career and has certainly delivered this week at the U.S. Open.

“The fairways are wide enough,” he shrugged. “I’m trying to think. There was a couple of holes that the bunker kind of sticks out in the middle of the fairway. On 3 today, it was 350 [yards]. We were worried about putting driver into that bunker. There’s maybe two or three holes, but other than that it’s bombs away.”

Koepka is 16th in the field in driving distance with a 324-yard average, but more importantly he’s tied for the lead with Paul Casey, Brian Harman and Tommy Fleetwood at 7 under par after a 2-under 70 on Friday.

Koepka began his round at a torrid pace, with birdies at the 11th, 12th, 14th and 15th holes, and moved a stroke clear of the field before bogeys at Nos. 1 and 6 dropped him into a tie for the top spot.

Although Koepka’s game goes well beyond his power off the tee, at Erin Hills, which played to 7,839 yards on Friday, his distance advantage has been crucial.

“I’ve only hit 7-iron, that’s the longest I’ve hit into any par 4,” said Koepka, who has finished inside the top 20 at the U.S. Open the last three years. “When you’re doing that, you’ve got to be able to put it on the green. Some guys are hitting 4-iron into the greens, and having a wedge and a 9-iron. I’ve got to put it close.”