Patrick Reed made an international name for himself four years ago, shushing crowds at Gleneagles on his way to a singles victory over Henrik Stenson.

He furthered his cup persona in 2016 at Hazeltine, shushing not the crowd, but singles opponent Rory McIlroy, on his way to a dramatic win.

On Saturday at Le Golf National, he revived his shtick, shushing the French crowd on the ninth hole during his fourball match alongside Tiger Woods.

The shush has arrived at #LeGolfNational

Will it stick around? pic.twitter.com/TTiQaeFlBY

The ninth hole was the first fairway Reed hit on the day. The birdie putt kept the U.S. 1 down in its match, which the ultimately lost, 4 and 3.

Francesco’s brother, Edoardo, who played on the victorious 2010 European Ryder Cup team, took notice of Reed’s antics and mocked the Masters champ over his performance this week.

Captain America must have no passport! No sights of him in Paris! #rydercup @RyderCupEurope @EuropeanTour 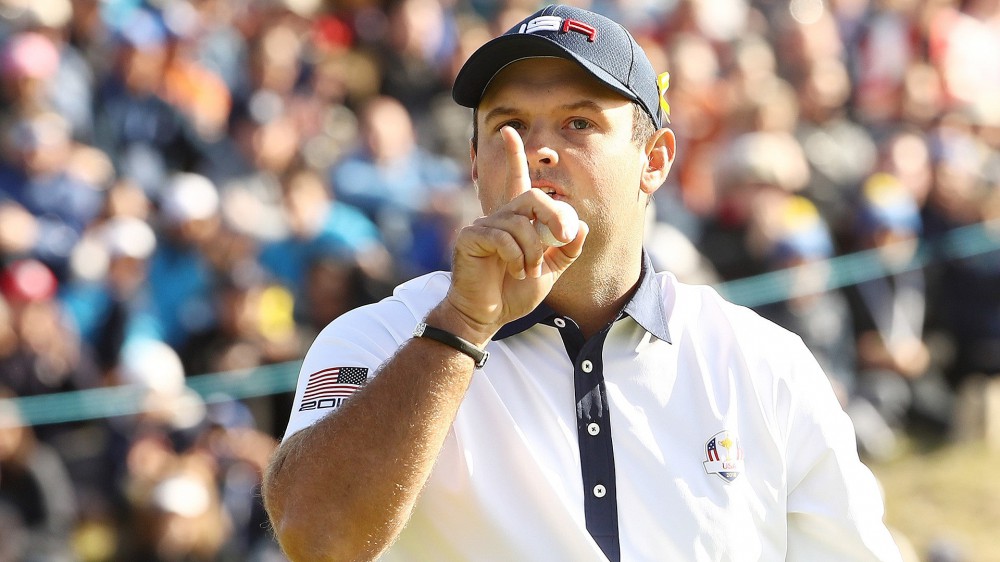