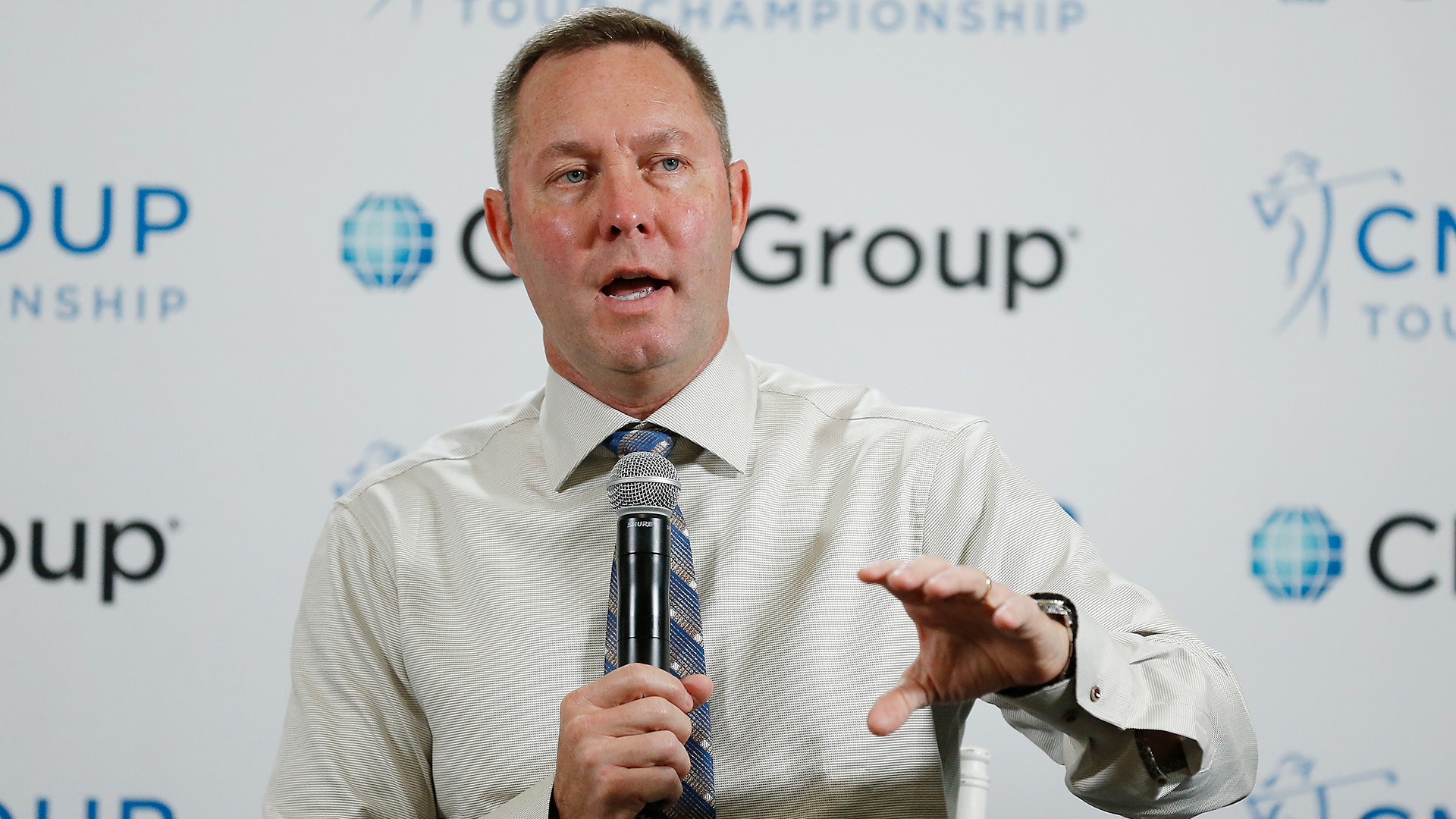 LPGA commissioner Mike Whan made a stunning announcement Wednesday that he will step down sometime this year.

Whan, who recently completed his 11th year at the helm of the LPGA, recently notified the tour’s board of directors of his decision. There is no set date for his departure.

In a letter to LPGA staff, members and sponsors, Whan said that he reached his decision after “many, many months of deep introspection.”

“I simply wouldn’t leave the LPGA if I thought the future was uncertain or not trending straight up,” he wrote. “In fact, even after the challenges we faced in 2020, the LPGA has NEVER been more financially secure, deeper in leadership talent, or more anchored by passionate, diverse sponsors from all around the world. The LPGA is poised for even greater heights, and as such, I’m excited to hand the baton to the next leader and become their biggest supporter.”

Whan will exit as the longest-tenured commissioner in tour history. Over the past 11 years he rescued the LPGA from the brink and guided the tour through a series of financial challenges, most recently the coronavirus pandemic. The LPGA recently announced an ambitious schedule for this year, a 34-event slate that features new tournaments, new sponsors and a record $76.45 million in prize money. In 2010, the year Whan took over, the LPGA had only 24 official events – its smallest schedule in nearly 40 years – and just $41.4 million in prize money.

LPGA board chair Diane Gulyas called Whan a “transformational leader” of the LPGA.

As its pandemic-shortened season wraps up this week in Naples, Florida, the LPGA has released its schedule for next year.

“Mike has absolutely been the right leader at the right time,” said Vicki Goetze-Ackerman, the LPGA’s player president. “He rebuilt the tour – and then reimagined its future – by bringing new events, new sponsors and a new value proposition around diversity and inclusion to the LPGA. He has that rare ability to get people of all ages and backgrounds excited and on board with his vision. We’re grateful for his leadership over these 11 years and know he’ll remain an advocate for the LPGA long after he departs.”

The LPGA said it will soon establish a selection and transition committee.