INCHEON, South Korea – Korean fans were such a force Sunday at the UL International Crown, they may have persuaded LPGA commissioner Mike Whan that a major change is required.

Whan told GolfChannel.com Tuesday that he is more committed than ever to taking the event around the world, and that may mean changing the rules to assure that the host country always has a team in the event.

The current format calls for all eight teams to qualify.

If Whan makes a change to exempt the host country from qualifying, and the event ever goes to Canada, the Canadians would be assured of being represented.

Or if it ever goes to China, the Chinese would be assured of being represented.

“Our team hasn’t been in agreement about changing the rules, but I’ve been the hold out, the one who didn’t like the idea of making a change,” Whan said. “Having watched the Korean experience, and what this could mean worldwide, maybe I’m slowly coming around.

“The Olympics does it, where they hold a spot for the host country. You don’t want to announce a host country and find out two years later there’s no home team in the event.”

South Korea was the first nation outside the United States to host the International Crown. The inaugural event was held at Caves Valley outside Baltimore, Md., in 2014. The second event was held at The Merit Club outside Chicago in ‘16.

Whan has yet to announce who will host the 2020 event. While he marveled at the success enjoyed in South Korea, he said he wants to spread the excitement around.

“I don’t want to get into a small rotation,” he said. “If we’re going to do this event right, it should be about showcasing women’s golf around the world. We have to make sure we do that.

“It can be easy to fall into the trap of taking it where we think there will be the biggest crowds, where it will have the greatest sponsorship deals, but if we just go back to the same markets, we are about something other than a real global showcase.”

Tournament officials announced to media on Sunday that attendance for the week was 75,000. That seemed high, even with Sunday’s massive crowds, given that Friday was played in a steady rain and Saturday was washed out. The Solheim Cup was played in Des Moines, Iowa, last year before an announced crowd of 124,000 for the week. That was a Solheim Cup record.

“There is no doubt in my mind that we are going to build something that is going to be like Solheim,” Whan said. “How fast is it going to take to get to that stature, I don’t know. Patience is not my strongest asset, but I think we need to be patient, because we all feel, including UL, that we are on to something. It’s our job to make sure we don’t take the foot off the gas.” 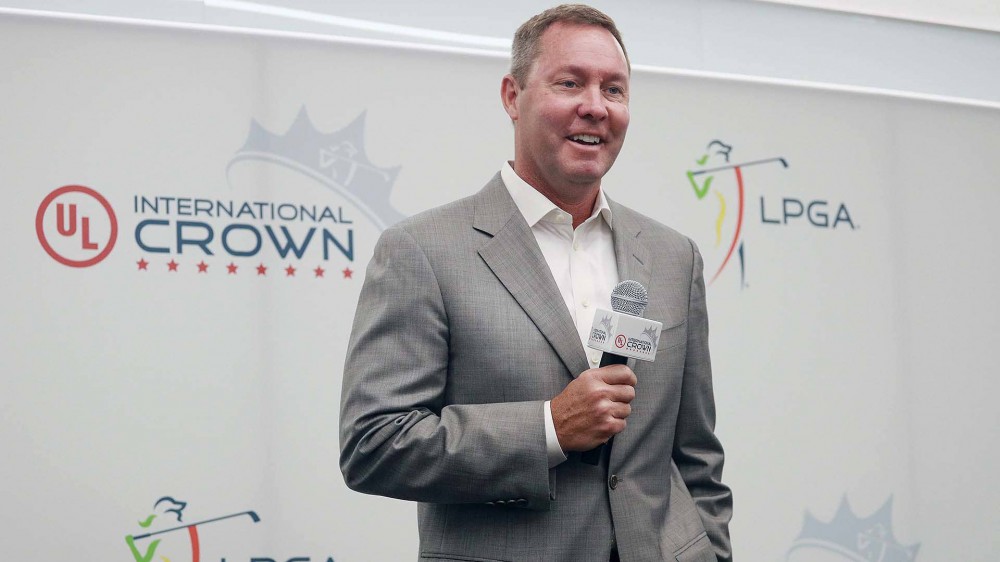