LPGA's Reid comes out as gay: 'Be proud of who you are'

Mel Reid announced Monday that she is joining Athlete Ally as a pro ambassador in that organization’s fight for equality and inclusion in sport.

Athlete Ally’s mission to “dismantle the systems of oppression that isolate, exclude and endanger LGBTQ people” is advanced on its web site.

Reid tweeted out the link to a Q&A she did with Athlete Ally, where she addresses her decision to come out as gay.

“The Tour is a very welcoming community, and it’s rare that anyone has an issue with sexuality or openly express any issues,” Reid said. “The only problem we run into is that being gay is still illegal or frowned upon in certain countries we play in. There are also a lot of male-dominated sponsors that are looking for certain types of players, so that’s why I have felt I can’t be quite as open as I would like to be when it comes to my personal life.

“I have always had good friends around me and supporting me, so I have never run into any huge issues with it during my career. The only issues I have had is when I have taken my girlfriend with me to dinners or awards, and I’m very conscious how I introduce her depending on the environment I’m in, because of the culture around the sport and the assumption that the sponsors would want to keep that part of my life quiet.”

Less than a half hour after tweeting out her news, Reid got strong public support from tennis great Billie Jean King.

Reid, 31, is a six-time Ladies European Tour winner from England who is preparing to begin her third LPGA season. She’s a two-time European Solheim Cup player.

Athlete Ally asked Reid why she wanted to be one of the organization’s ambassadors.

“I wanted to be part of Athlete Ally because I feel it’s important for people to be themselves,” Reid said. “Just because they love someone that may not be ‘socially correct’, it does not make them any less of a person. It’s important for me to always fight for equality. I’ve been fortunate to have a platform to reach a lot of people and I’ve tried to take advantage of that when I can. Athlete Ally helps spread that message even further and I’m very excited to join the team.”

Reid was asked what changes she would like to see in golf to help it become more inclusive.

Reid addressed what advice she has for young LGBTQ athletes about being in the public spotlight of their sport.

“I protected my sexuality for a long time because I thought I had to in order to help my career and to get more sponsors,” Reid said. “But then I started to wonder why these companies would want to sponsor me and have me represent them if I can’t be my authentic self. There is only one of you in the world and you have one life, so be the best version of yourself and be proud of who you are. That’s when you attract the right people around you to make you better, and, ultimately, happier.” 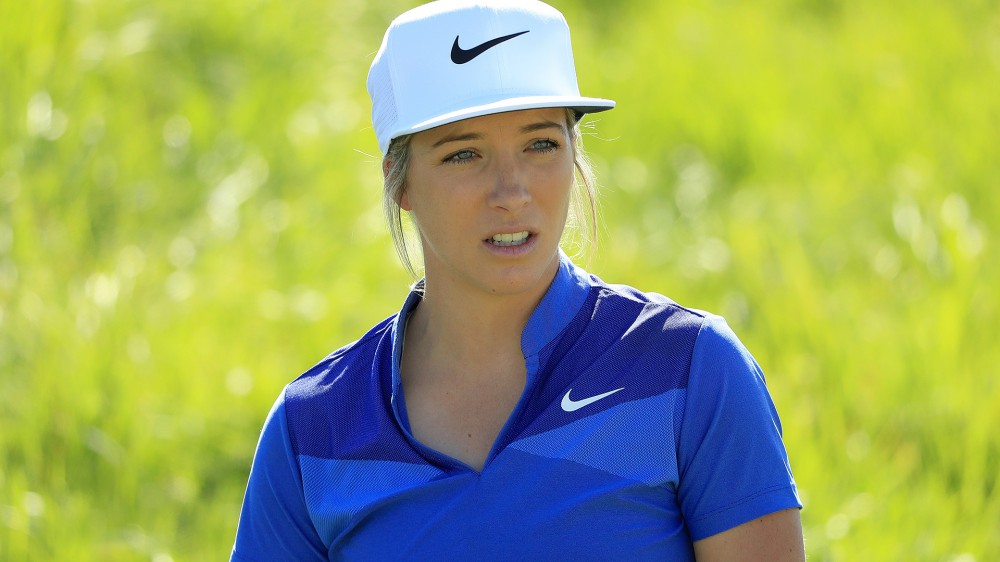