Jarrod Lyle died on Wednesday night at home in Torquay, Australia, following his third bout with acute myeloid leukemia. He was 36.

Lyle, who played three full seasons on the PGA Tour, was placed in “palliative care” last week because “his body is no longer able to fight [leukemia],” and his wife, Briony, released a statement that said Lyle was with his family and friends when he passed away.

“Lusi, Jemma and I are filled with grief and now must confront our lives without the greatest husband and father we could ever have wished for,” Briony Lyle said in the statement. “At the same time, we have been blessed and overwhelmed with the messages and actions of support from around the world and feel comforted that Jarrod was able to happily impact so many people throughout his life.”

Lyle was diagnosed with leukemia for the third time last year and in December underwent a haploidentical transplant and stem cell therapy in Australia, but his recovery was slowed by a mystery illness that resulted in a loss of vision.

Lyle was first diagnosed with leukemia as a teenager, but he earned his Tour card in 2007. In 2012, Lyle’s cancer returned, but he was declared cancer free the next year and returned to the Tour.

Although Lyle failed to retain his Tour membership in the United States, he returned to Australia to continue competing and started working as a television analyst.

Players at last week’s WGC-Bridgestone Invitational wore yellow ribbons to show their support for Lyle and a GoFundMe page was created to assist his family. Although his time on Tour was brief, reaction to Wednesday’s news was immediate.

“It is through a river of tears I say goodbye to my friend Jarrod Lyle,” Greg Chalmers tweeted. “A wonderful father, friend and golfer. Quick with a joke, didn’t mind a beer, and just a pure joy to be around every day. Miss you mate. RIP”

Trevor Immelman also tweeted, “Your strength, perseverance and courage was a example for all.”

Lyle is survived by his wife, Briony, and daughters Lusi, 6 and Jemma, 2.

A GoFundMe page to help support Lyle’s family has been set up by Lyle’s good friend Tripp Isenhour. 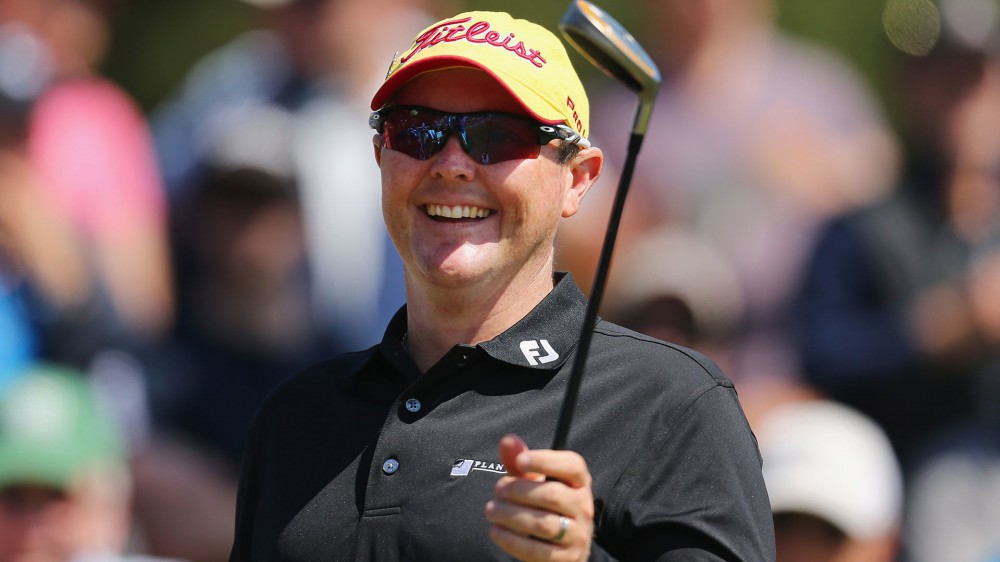