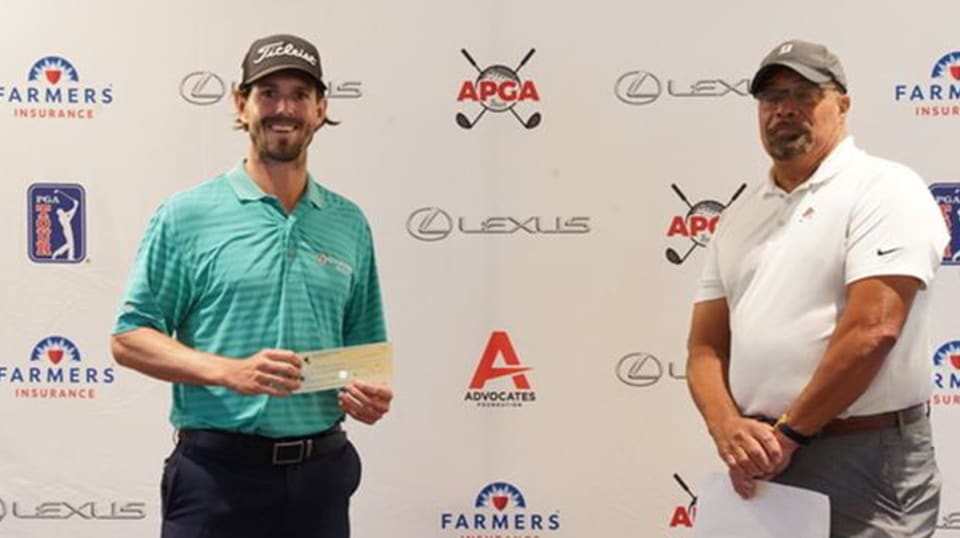 O’Neal, the Savannah, Georgia, winner of two APGA Tournaments earlier this year, held a two-stroke lead heading into 17 and 18 but Lyons birdied both, chipping in on 18 to force the tie after 36 holes.

Lyons was the first round leader with a 3-under 68 on the prestigious, PGA TOUR venue but fell behind during a rough stretch as the round progressed.

The field consisted of 53 players competing under social-distancing and health and safety guidelines in conjunction with regional authorities.

Lyons took home the first-place check of $7,500 from a purse of $24,000. He also earned 600 points to move into third place in the season-long Lexus Cup Point Standings behind O’Neal and second place Kelby Burton.

“It was one of the best finishes I’ve ever had,” said Lyons, who won the APGA Tour event in Long Beach, California, in 2018 and finished second in the Lexus Cup race that year.  “I knew I needed something special to happen. It was a true rollercoaster.”

Lyons and O’Neal finished at five-under par 137 with Willie Mack taking third, two strokes back. Florida A&M standout Mulbe Dillard of Chicago was the top amateur finisher with a 2-over 144, which tied for seventh overall.

Competition continues later this month with the APGA Tour Los Angeles, a one-day event on Sunday, August 30, at Montebello Golf Course in Montebello, California. The APGA Tour Championship Presented by Lexus will then take place on September 1-2 at Pacific Palms Resort in City of Industry, California.

The APGA Tour Presented by Lexus is a nonprofit organization with the mission of bringing greater diversity to the game of golf. Now in its 11th year, the tour consists of 10 events offering over $250,000 prize money. TPC Deere Run is one of several TPC courses hosting APGA Tour events as part of the APGA’s partnership with the PGA TOUR.

The season concludes in October with the APGA Tour Salute to African American golfers at Chester Washington Golf Course in Los Angeles.  The double-tournament event includes a seniors competition on Oct. 11-12 and the Lexus Cup Invitational on Oct. 11-13 featuring the top 26 players in the Lexus Cup Point Standings plus four amateurs.