Ireland’s Leona Maguire says her professional debut at the LPGA’s ShopRite Classic this week will be even more memorable with her twin sister, Lisa, making it with her.

Leona, the two-time Annika Award winner as the NCAA’s Player of the Year, reigned as the world No. 1 amateur for a record 135 weeks. She teamed with Lisa at Duke University in their four years there. They’re playing ShopRite on sponsor exemptions.

“It’s a little surreal we will be teeing it up as professionals for the first time,” Leona said Wednesday at Stockton Seaview Hotel and Golf Club outside Atlantic City, N.J. “It’s a very special opportunity. We’ve grown up together, played together, practicing together, been best friends for a lifetime, both on the course and off the course.”

Lisa, who was born 15 minutes before Leona, is a European Ladies Amateur champ.

“Obviously, we are a little bit away from home here in the U.S., so it’s nice that we can support each other, and have our own little bit of family when we are away from our family back home,” Lisa said. “We always joked when we were kids. When we went to tournaments our dad said we have two chances to win, instead of one.”

Both sisters have signed with Modest! Golf, a two-year-old management company that One Direction’s Niall Horan helped found.

“It’s great to be part of the Modest! Golf team and to be their first Irish players and their first female players,” Leona said. “It’s something that’s very special. They are quite a unique company. They have strong ties to Ireland, which is really nice. We are both incredibly proud of our Irish roots. They’re a young company, they’re ambitious, just like us.”

The sisters will start their pro careers with endorsement deals with KPMG, Allianz, Puma and Ping.

Leona Maguire surprised a lot of golf observers choosing to remain at Duke for four years, instead of turning professional early, given her stellar amateur record. She said she never regretted it.

“I’ve done it mostly my own way,” Leona said. “Maybe if I would have listened to a lot of people, I would have turned pro a long time ago, and maybe wouldn’t have some of those experiences and memories. Now’s a good time for me. We get to do it together, with all those experiences, with a world-class degree in our back pockets.”

Leona has Symetra Tour status, because she advanced to LPGA Q-School finals last year, and said she will focus on the developmental tour this summer as her rout to the LPGA; though, she and Lisa are each eligible for up to six LPGA sponsor exemptions this year. 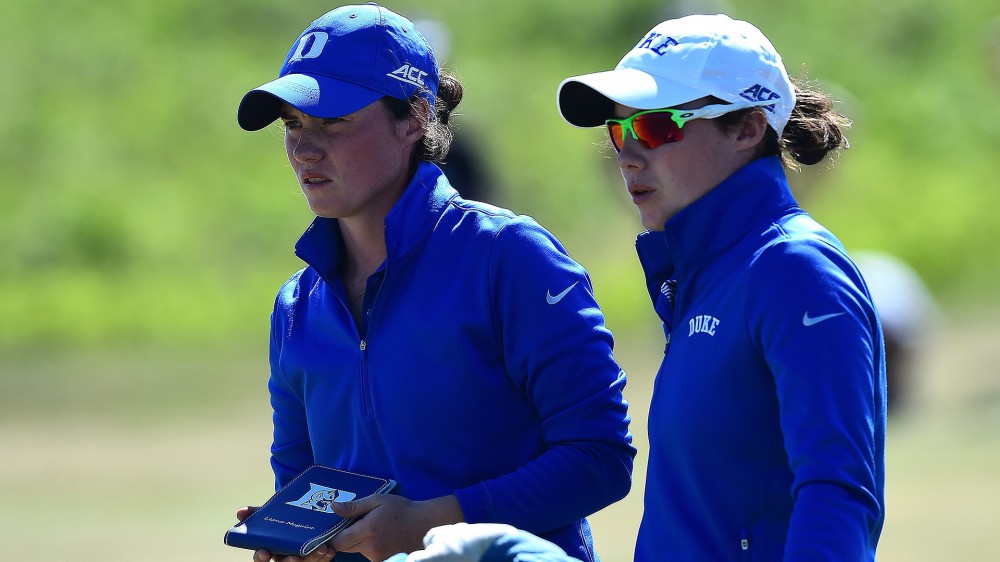