Back-to-back rounds of 5-under 65 left him tied for second through Friday’s morning wave, two shots behind Henrik Stenson.

Mahan entered this week 197th in the FedExCup points standings. Nos. 125 and above advance to the FedExCup Playoffs, while Nos. 126-200 head to the Web finals, where they have the opportunity to retain their PGA Tour cards or earn a Web.com Tour card for the following season.

But Mahan was in danger of falling outside the top 200 and entering next year without status on either circuit. His 10-under start appears to have taken him off that bubble.

“It’s disappointing not to be in majors and in the mix at times but, you know, that’s life. Everything else is pretty good in my life so I can’t argue too much,” Mahan said Friday.

It’s been a precipitous decline for a player who climbed as high as fourth in the world in 2012. Mahan made every Tour Championship in the FedEx Cup era through 2014, the year of his last victory, at The Barclays.

But Mahan hasn’t recorded a top-10 in the last two seasons and has missed the last seven major championships. He is down to 809th in the world rankings.

The only scenario that would see him leave Sedgefield with a PGA Tour card for next season is a Wyndham victory.

That said, his 65-65 start has likely secured his Web.com Finals status.

“You know, I’ve had a lot of great success in my career, and so I know I’m capable,” Mahan said. “[I’m] just putting in the work, and I’m motivated, excited to play, and so [I’ve] just got to keep doing it, and find the successes everyday no matter what the scores.” 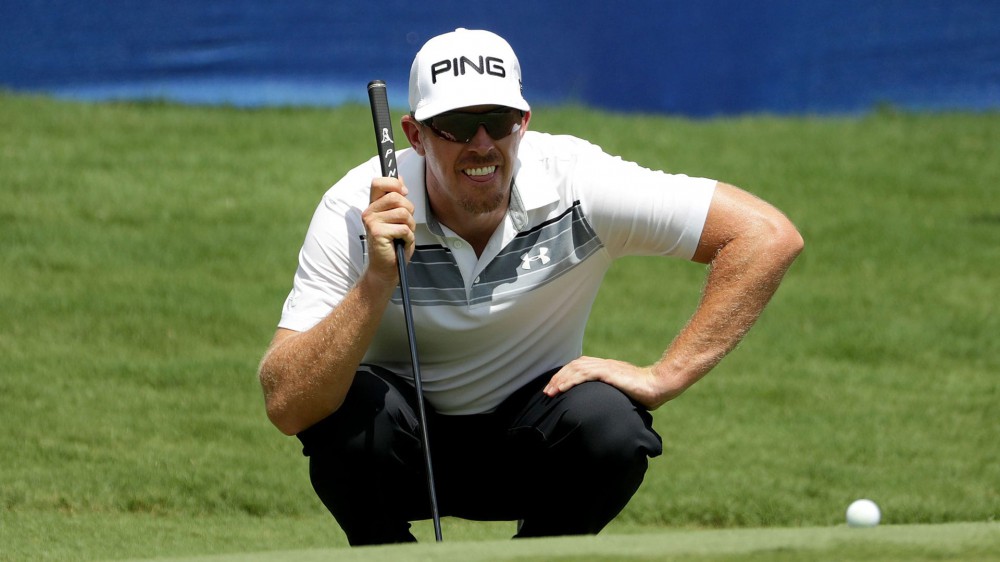 He hit what?! Here’s what Bryson DeChambeau hit into some of Augusta National’s greens last week