DUBLIN, Ohio – Walking off the 18th green at Muirfield Village Golf Club, former NFL quarterback Peyton Manning estimated that Wednesday was the fourth time since 2005 that he had played a pro-am round alongside Tiger Woods.

The two men both reached the pinnacle of their respective sports around the same time, and more recently they both battled injury to get back to competition. Manning is an avid golfer and single-digit handicap, but he was best known for his work as a two-time Super Bowl champion quarterback. He shared that the two sports converged during his time with the Indianapolis Colts, when he created a snap count audible based on the world golf rankings at the time.

“All those years in Indy, we had different words for the snap count. Snap it on 1, or on 2. And for so many years, Tiger was on 1 and Phil (Mickelson) was on 2,” said Manning, who initially told Golf Channel the story in 2014 (see below). “Tiger always liked that. He could hear it, and he was like, ‘I heard Tiger. Tiger still on 1?’ I go, ‘Yeah.’ I think he liked the fact that Phil was on 2 a lot as well.”

Manning was known for his abundant use of creative audibles at the line of scrimmage, but he found the Woods-Mickelson call to be especially effective against NFL defenses.

“People couldn’t figure it out. Nobody knew what we were saying,” Manning said. “Because a lot of teams use ‘R’ and ‘L’ words, meaning a play to the right or a play to the left. So I think they always thought it meant something else, so we’d say it a lot. ‘Tiger, Tiger.’ ‘Phil, Phil.’ They could never figure it out.”

As for the golf Wednesday at the Memorial Tournament, Manning remained impressed with another chance to watch Woods in his latest comeback attempt, even though he offered few on-course highlights himself.

“I only hit one guy, I think,” Manning joked. “He said I could just give him a couple Super Bowl tickets and he’d call it even.” 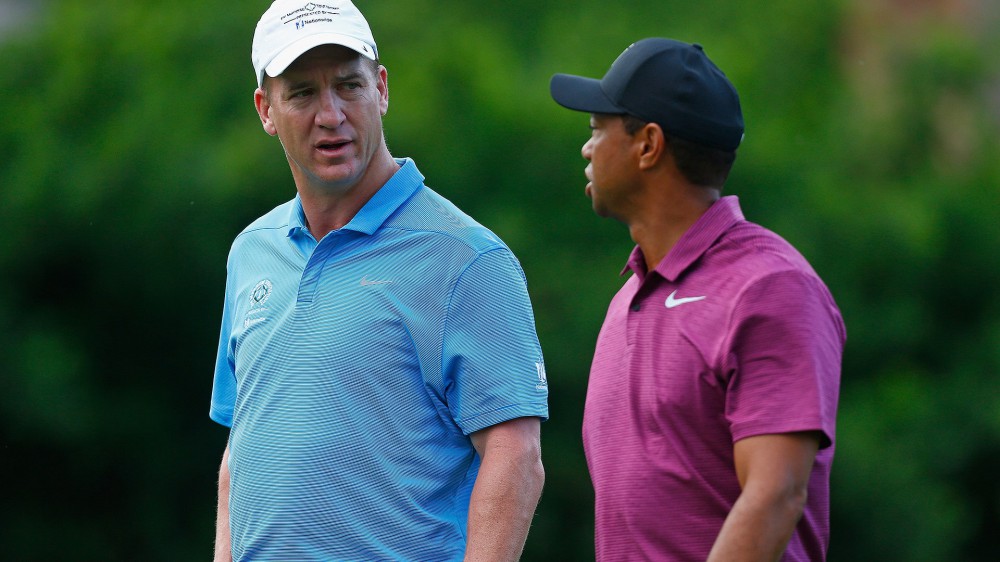