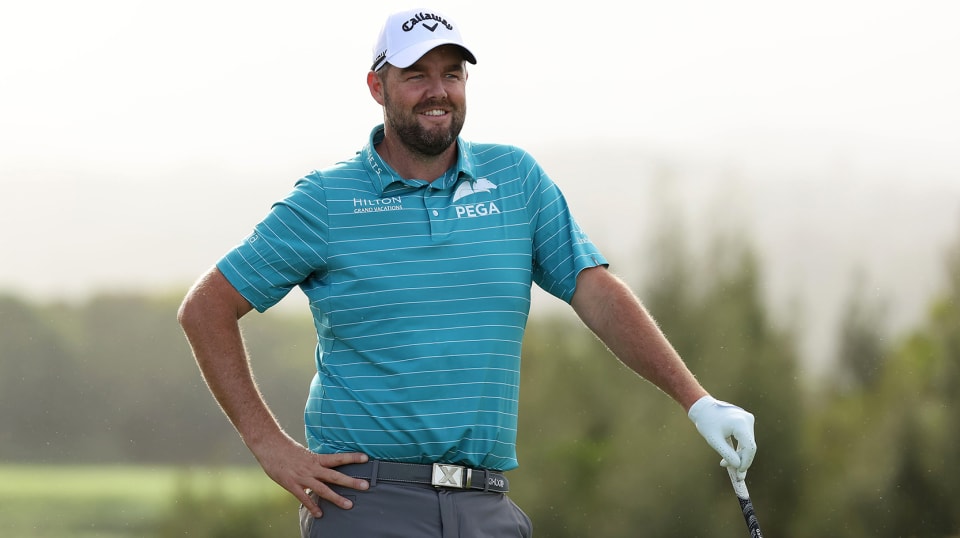 It is a style that has seen him win five times on the PGA TOUR, including last year at the Farmers Insurance Open. Leishman couldn’t find a fairway in the final round last year, but he still found a way to shoot 65. He hit just three fairways, but he invented ways to get himself to the greens. Then he let his putter do the work. He gained +4.778 strokes with his putting, making 151 feet, 4 inches worth or putts.

Not long after, Leishman was runner-up at the Arnold Palmer Invitational Presented by Mastercard, an event he won in 2017. Then he opened THE PLAYERS Championship with a 5-under 67, his career-best opening round at TPC Sawgrass where his scoring average is a not-so-impressive 72.3. At seventh in the FedExCup, he was rolling along nicely.

Of course, we all know what happened next. But Leishman had no clue the COVID-19 pandemic would derail his form so significantly. Not many players – if any – spiraled like he did after the extended pandemic break.

In nine starts after the season resumed, Leishman missed four cuts and his best finish outside the TOUR Championship was a T40. He still qualified for East Lake on the strength of his pre-pandemic form, but he was a virtual passenger.

Leishman missed the cut at THE NORTHERN TRUST. He then shot 80-78-79-73 (+30) in the no-cut BMW Championship (another tournament he’d won before) to finish last, nine shots worse than second-to-last and 34 shots behind winner Jon Rahm. In the TOUR Championship, he was 29th of 30 players.

His start to the 2020-21 season wasn’t much better as the now 37-year-old missed the cut at the U.S. Open followed by a T52 and T70 at the limited field CJ CUP @ SHADOW CREEK and ZOZO CHAMPIONSHIP @ SHERWOOD. It wasn’t pretty.

So, what happened? It was a bunch of factors but at its core – Leishman got bogged down studying science and got frustrated with his art not making it to a gallery.

“Having a big rest over the pandemic break was good for me to be with family but for my golf game it wasn’t so good for me,” Leishman explained to PGATOUR.COM. “Normally on weeks off I don’t play at all, so I virtually have never played golf with no crowds. It’s either in a tournament or in a practice round at a tournament so that was very new to me. Even when I play golf back home in Warrnambool there are people watching me so returning without fans was weird. I really struggled with energy.”

The energy he refers to is the competitive instinct of the artist who loves to entertain and who thrives on an internal underdog factor. Leishman long went unheralded by the American public who confused him with other golfers and even when his profile rose, and he was grouped with big-name stars, Leishman’s nationality usually meant he’d be fighting for the majority of support. It was fuel for him.

“When you’re struggling with crowds around it can still be fun because if there are 50 people watching and you hit a shot from the trees you can kind of entertain or show off your skills a little bit,” Leishman says. “It gets you engaged even if you’re going to miss the cut. You think, ‘These people might remember this if I pull it off.’ But I was in the trees a lot last year and you can’t even show off when no one is there.

“As an artistic player, when you start drawing dodgy pictures with your shots, which I was doing, you start to think about it too much and I started getting technical. I started thinking science and that’s never good for me. I was looking in the wrong places for solutions.”

Now, it’s not like Leishman hadn’t had some tough weeks in his career before. But in normal circumstances, time with coach Denis McDade would quickly fix any swing issues. Problem was McDade is based in Australia and the pandemic made travel to the U.S. very difficult indeed. Sure, Leishman could have looked for a local coach but he’s fiercely loyal. He’s had the same coach and same caddie since he burst on to the PGA TOUR and was Rookie of the Year in 2009.

McDade is loyal also. Despite plenty of roadblocks, he made his way to the U.S. in late October last year and hooked up with Leishman in Los Angeles during the ZOZO CHAMPIONSHIP. After watching the opening two rounds intently, he had the answer.

“It was huge for him to come over and a massive commitment from him,” Leishman says. “He has a family back home, but he was over here for six weeks and he got home and had to spend two weeks mandatory quarantine in a hotel room where you don’t get given a room key. He missed his birthday and his wedding anniversary during quarantine, so I am really appreciative and want to thank him.

“In the end it wasn’t really my swing at all. It was the way I was getting into the ball – I was standing too far away from it,” Leishman reveals. “I was being technical on the tee; I was doing drills in the tournaments before every tee shot which I had never done before, and it was getting me too far away from the ball and my weight too far on the toes. When my weight is on the toes my balance is bad and I miss it right and left and it’s just a disaster – I was in a hiding to nothing.

“So, it was something really simple and that’s where it’s really good that I’ve been with Denis for 18 years. He knows my tendencies and he saw it straight away. If I had gone to someone else or jumped ship with him not being able to come over, a new coach may or may not be able to see that.”

The results were near instant. In his next start at the Masters, Leishman was T13, hitting the ball better than most of the field but only falling behind on the greens. He finished T4 two weeks ago at the Sony Open in Hawaii, his first top-10 since the pandemic break. Now he gets another crack at Torrey Pines where he has a win, two runners-up and two further top-10s in his portfolio.

Look out. The artist is back.