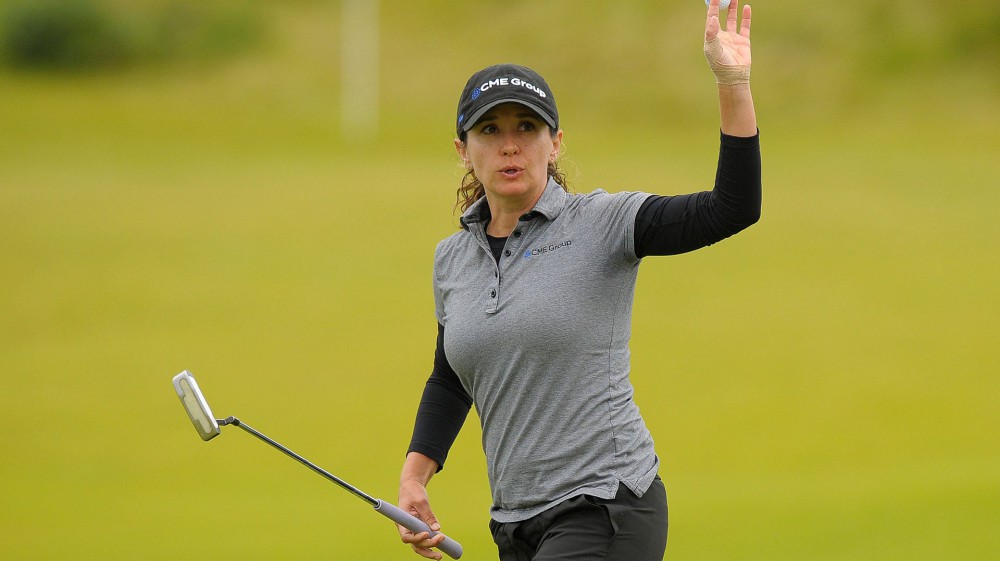 She won the championship at Royal Birkdale in 2014, and she tied for second at Woburn last year.

And now here she is again, running up the leaderboard at Kingsbarns.

With a 5-under-par 67 Friday, Martin moved just two shots off the lead through the morning wave.

“I’ve had friends predict that I would win this tournament, when I was just a scrappy kid playing on public golf courses,” Martin said.

Martin’s caddie, Craig Castrale, could see a difference in Martin when they arrived in Scotland.

“She just has a different bounce in her step,” Castrale said. “She is so confident over here. I told her, she just has to be this confident every week. The sky would be the limit.”

“When you get over here, with all the wind, ball striking is at a premium,” Castrale said. “Mo is the most consistent player I have ever seen. Her ball striking is exactly the same every single day.”

Martin is a short hitter, but she loves to work the ball. It allows her better control her ball in the winds on the links.

“I love the challenges,” Martin said.

Martin has more than another trophy at stake this week. The U.S. and European Solheim Cup teams will be finalized with Sunday’s finish of play.

Martin also makes a case for herself as a captain’s pick with strong play this week.