NASSAU, Bahamas – Tiger Woods may still not have high expectations for this week, and he says he still doesn’t know where he’ll play next on the PGA Tour.

Two days ago Woods’ odds to win this week at the Hero World Challenge were 40/1. Regarding the Masters, odds at the Westgate Las Vegas Superbook opened at 100/1, were 50/1 at the beginning of the week, 25/1 after the first round and had plummeted to 15/1 after the front nine Friday in the second round. They remain 15/1.

“I guess they’ve got to come up with some kind of story,” Woods said shortly after signing for a second-round 68 to end the day tied for fifth place.

At this point, Woods isn’t sure he’ll even play in the Masters, although if he heath remains as it is this week in the Bahamas, he’ll be there. For now, he still remains happy to simply be playing competitive golf.

“I just wanted to go out there and just play, compete,” Woods said. “As I told you guys earlier this week, I didn’t know what to expect because I hadn’t played, I hadn’t competed, I haven’t had a fused back before in my life.” 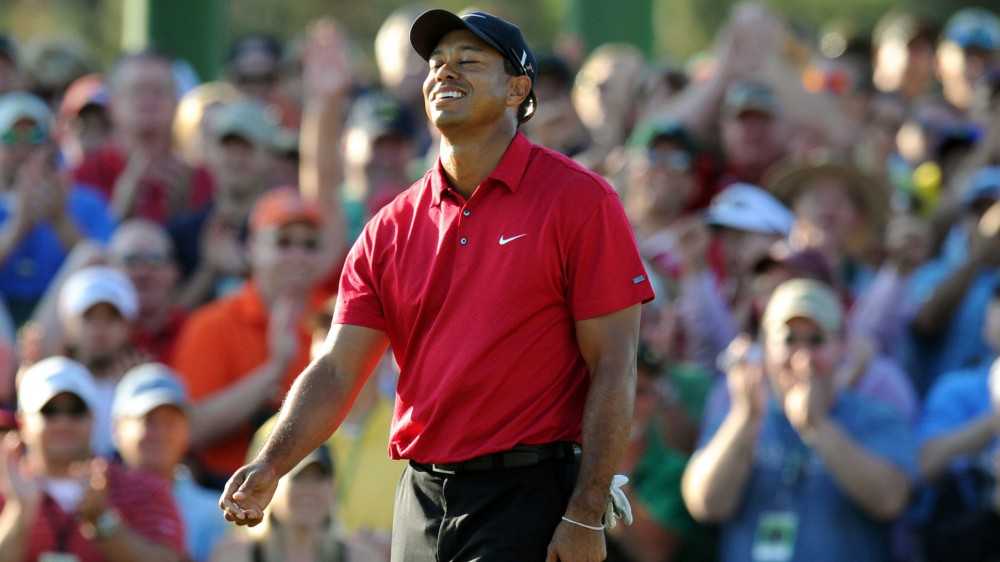 Graham DeLaet to undergo another back procedure