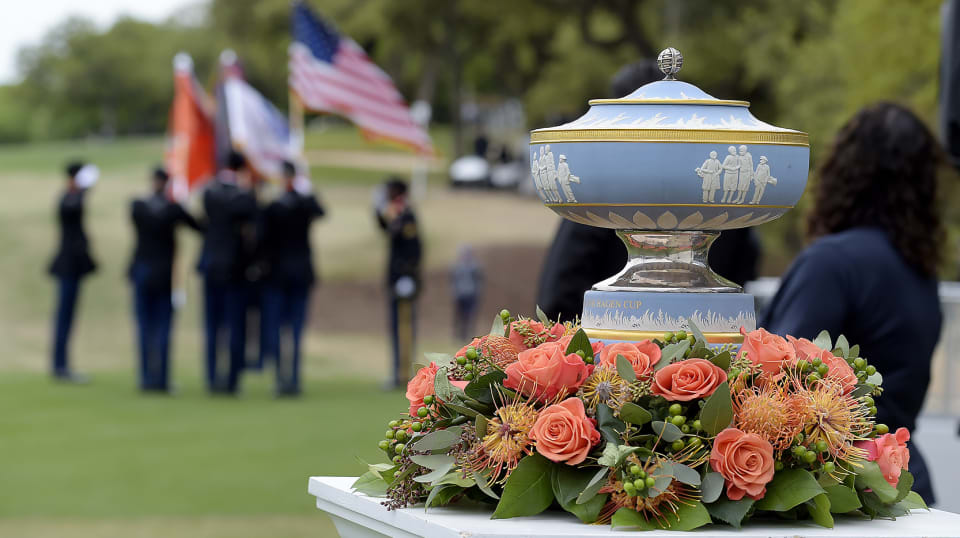 There were plenty of upsets, as Rory McIlroy, Justin Thomas, Bryson DeChambeau and Viktor Hovland all lost their opening matches.

They’ll be looking to dig themselves out a hole, while Cinderellas like University of Texas alum Dylan Frittelli and Antoine Rozner will try to keep busting brackets.

This file will be updated live at the conclusion of each match to keep you apprised of the action from the TOUR’s only match-play event. Return here often to learn about the latest upsets, comebacks and nail-biting finishes.

Until matches conclude, here’s a sampling of some of the showdowns we’re especially excited to see today:

– Matthew Wolff vs. Jordan Spieth: This is a showdown between two players who on TOUR before they reached drinking age. Wolff, an Oklahoma State alum, would love nothing more than to beat a Longhorn in Austin. Wolff and Spieth each won Wednesday, so the winner of this match will be in the driver’s seat to advance out of their group.

– Louis Oosthuizen vs. Matt Kuchar: This is the fifth time this tournament has been played at Austin Country Club. Only two men have advanced to the Round of 16 in three of the previous four playings. They’re meeting in this match, and Kuchar is coming off an upset of Thomas.

– Tony Finau vs. Will Zalatoris: Both players need a win after dropping their opening matches. Zalatoris is fourth in Strokes Gained: Approach-the-Green, while FInau is 11th, so there’s potential for plenty of birdies.

–  Collin Morikawa vs. Max Homa: The two Cal alums meet in the second round and both are coming off recent victories. Homa won The Genesis Invitational. Morikawa won the previous World Golf Championship. Homa turned pro before Morikawa arrived on campus but he’s well aware of Morikawa’s abilities. This is what he said about the 24-year-old while Morikawa was still in college: “His ball striking is so good. He’s basically a robot. I’m not sure I’ve ever seen him hit a bad shot.”

– Tyrrell Hatton vs. Sergio Garcia: A matchup between potential European Ryder Cup teammates. Garcia beat Lee Westwood on Wednesday, while Hatton tied countryman Matt Wallace. Both Hatton and Garcia would like to go into Friday undefeated.