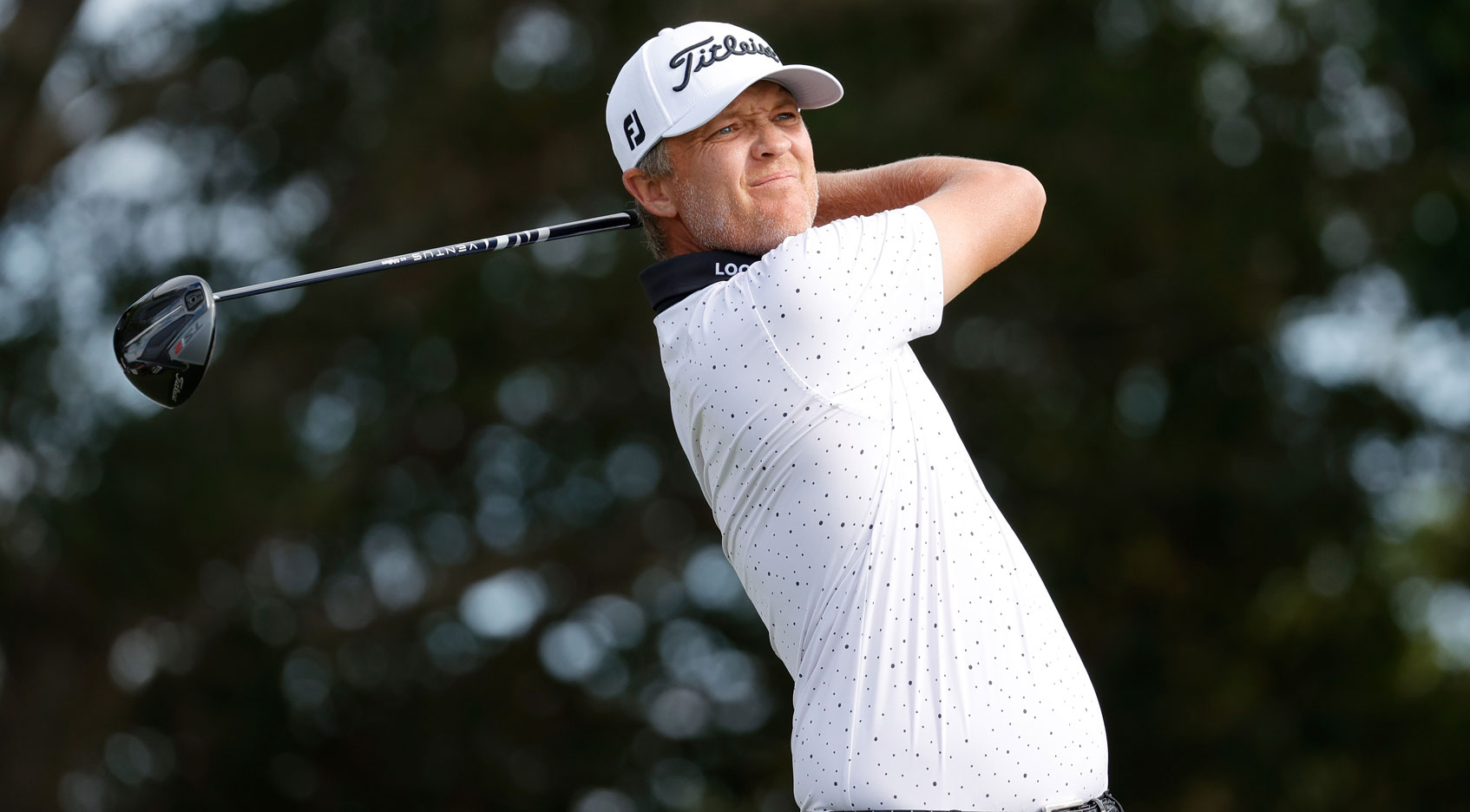 PALM BEACH GARDENS, Fla. — Aaron Wise had a six-shot lead during the third round of The Honda Classic, looking poised to turn the tournament into a rout.

Everything went wrong from there, and Matt Jones took full advantage.

The 40-year-old Australian handled the wind at PGA National to shoot a 1-under 69 on Saturday, going to 10 under for the tournament and moving three shots clear of Wise and J.B. Holmes.

“I’m happy to go low with the ball flight and I’m probably a little more conservative when the wind is up,” Jones said. “I’ll probably play a little safer than normal. I’m naturally a very aggressive player. But I think in the wind, I have a tendency to manage the golf course differently.”

Wise played his final 13 holes in 7 over, capped by hitting his tee shot into a quagmire of weeds and muck on the 18th for what became another bogey to cap a round of 75. Holmes (67) broke par for his third consecutive round.

“There really wasn’t anything I really struggled with today,” Holmes said. “I hit everything pretty solid. So, it was just a really good day for me.”

History says they’re all still in the mix. Only two of the last seven 54-hole leaders at the Honda — Adam Scott in 2016 and Rickie Fowler in 2017 — have gone on to win. Im trailed by three last year entering the final round, Keith Mitchell by one in 2019, Justin Thomas by one in 2018, Padraig Harrington by three in 2015, and Russell Henley by two in 2014.

Scott was tied for the lead after 54 holes on his way to the 2016 win, and Fowler had a four-shot cushion going into Sunday four years ago.

“You mainly just try to focus on what you’re doing,” Holmes said. “There’s enough scoreboards out there; you’re going to glance at it every now and then. But when the wind’s this difficult, anything can happen.”

Wise was 2 under for his round and 14 under for the tournament after the fifth hole, six shots clear of the field.

That’s when his woes started, and what became a nine-shot turnaround between he and Jones began.

Wise sailed the cart path at the par-4 sixth, beginning a stretch where he would miss five fairways in a six-hole stretch. He three-putted for double bogey — his first of the week — at the sixth, then dropped shots at two of his next four holes.

“I was playing from out of position a lot, so it added up to a big number,” Wise said. “But luckily with how I played those first two days I’m still in it and still have a chance.”

The 15th starts the three-hole stretch called “The Bear Trap,” a nod to Jack Nicklaus, and those holes tend to decide matters at PGA National. They were wrought with trouble Saturday; the 15th was the easiest, relatively speaking, surrendering eight birdies to 68 players.

The 16th and 17th, combined, saw one birdie Saturday.

He was 9 under after the opening round, 1 under in the 36 holes since. It’s good enough for the lead and his plan for Sunday couldn’t be more simple.