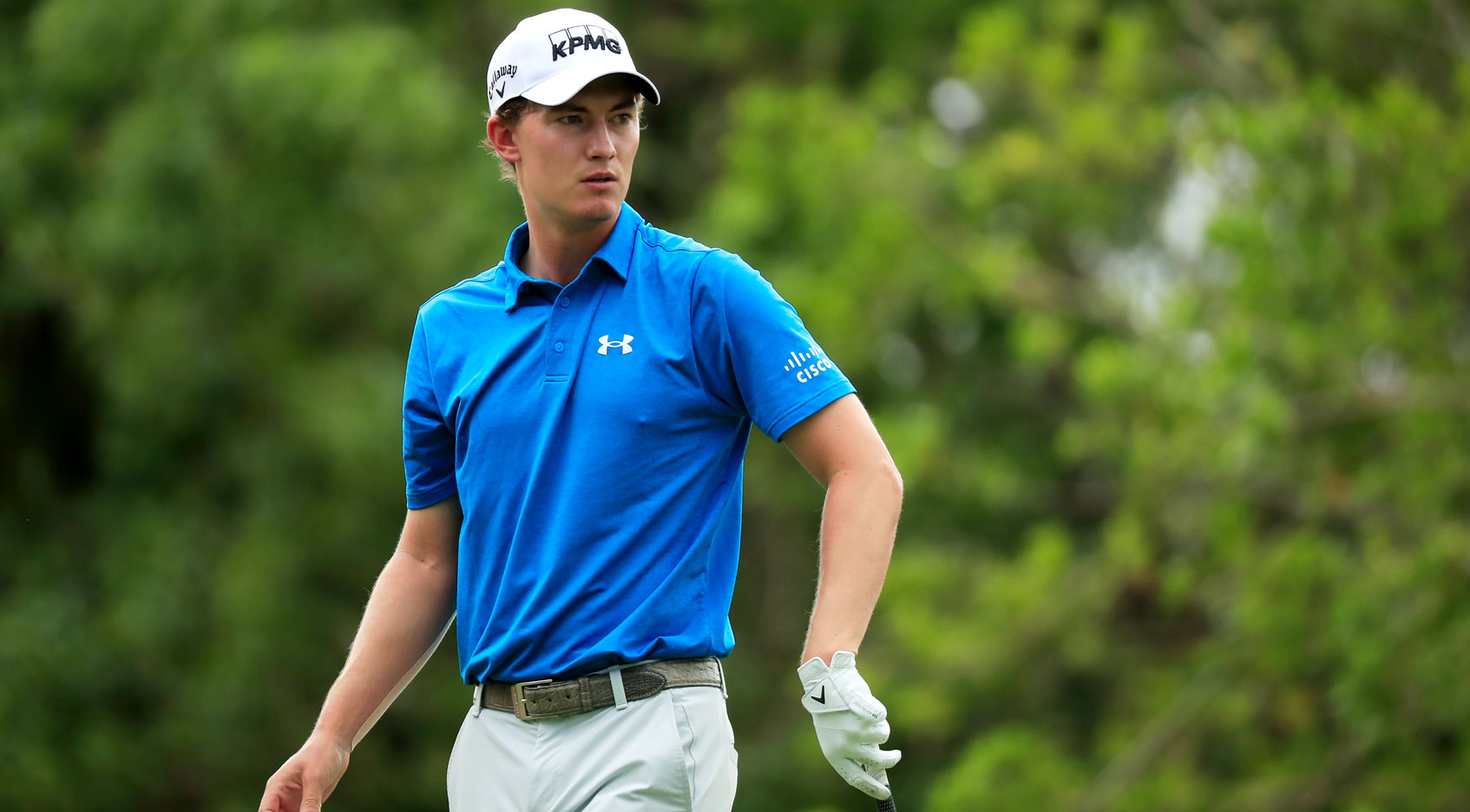 “Everyone has a role, and he’s made it very easy for everyone on his team to do their job to the fullest. That’s great leadership on his part.”

McNealy’s swing instructor is Butch Harmon, who helped him sort out his swing when he was struggling with his ball-striking on the Korn Ferry Tour. McNealy has had the same caddie, Travis McAllister, since turning pro. They spent two years together on the KFT before reaching the PGA TOUR. “He’s very detail-oriented and probably more of a perfectionist than I am,” McNealy said.

Susie Meyers is McNealy’s mental coach. While McNealy was recruited out of college by the largest agencies, he decided to sign with Peter Webb, who runs a one-man operation. His trainer Is Scott Norton and physical therapist Jimmy Greathouse helped him recover from a shoulder injury he suffered last year.

Karen Hallstein, who was Scott McNealy’s secretary, helps Maverick with his travel. And Maverick’s grandfather, Paul Ingemanson, is his financial adviser.

“He’ll let me know if there’s a $5 fee on one of my credit cards that shouldn’t be there,” McNealy said. “I’m still driving my mom’s 2011 Ford Explorer and I have A-list preferred status on Southwest. I think a lot of my spending habits come from my grandpa.”

Stewart is one of the newest additions to the team.

He’s not the first person to parse the ShotLink data to help players save shots, but he’s the only one with a top-10 finish on TOUR. Stewart finished 10th in the 2015 Mayakoba Golf Classic, just his third TOUR start as a pro. Earlier that year, he finished third in the NCAA Championship, behind only future TOUR winners Bryson DeChambeau and C.T. Pan. Stewart’s pro career stalled out on the Mackenzie Tour-PGA TOUR Canada and in 2019 he decided to change careers.

“I’m just trying to help them do the right thing on each shot,” Stewart said. “It might not work on every shot because that’s golf but the goal is to increase the probability of success.”

Stewart doesn’t just help his players pick the right play on the course. He helps them set their schedule with events that fit their skillset, determine specific shots to focus on in practice rounds and set practice routines based on the state of their game and what an upcoming course may require.

His goal is to help his clients save one stroke per tournament. That may not sound like much but it can have a huge impact on a player’s season. McNealy uses the 12th hole at Detroit Golf Club, site of the Rocket Mortgage Classic, as tangible evidence of Stewart’s impact.

Stewart uses ShotLink to look at putts that players seem to consistently misread. In the practice rounds at Detroit GC, Stewart instructed McNealy to hit putts from a specific spot to the Sunday hole location. “When he tells me that, I know it’s because guys never make that putt,” McNealy said. He badly misread his first attempt but made an 18-footer on the same line when it mattered on Sunday. He finished T8, one of three top-10s last season.

Stewart, a former SEC Conference Player of the Year and Kentucky native, also helps McNealy with his short game, especially with shots from the Bermudagrass common in the South.

McNealy has learned to focus on shoring up his strengths instead of trying to fix every weakness. Stewart used Strokes Gained to devise a “winning formula” for McNealy, who was ninth in Strokes Gained: Putting last season. If he putts well, then he can garner a good finish by not losing strokes in Strokes Gained: Approach and avoiding penalty strokes with his driver.

“I’m not in the business of asking guys to become something that they’re not,” Stewart said. “I think a lot of times people get bogged down in trying to become the best player in the world. The Tiger effect has skewed everyone’s view of success in golf. I’m not saying we should limit what we try to do, but just because the Tigers and the Rorys of the world are winning all the time – they’re great measuring sticks, but you shouldn’t let that barometer of their success rob you of the joy of becoming the best player you can be.”

It’s a journey that McNealy has enjoyed as he pursues his first PGA TOUR win.